Player Returns To Los Angeles Lakers For 3.1% Of The Money They Offered Him 18 Months Ago 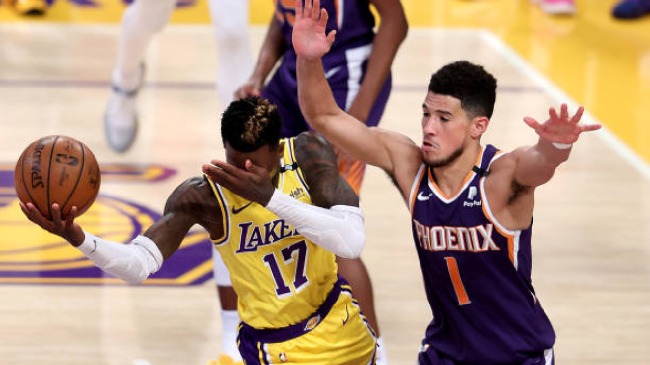 It has been a strange road back to the Los Angeles Lakers for Dennis Schroder.

The Lakers traded for Shcroder back in November of 2020 as they attempted to defend their title as NBA champions. At the time, Schroder was on the last year of his contract.

Schroder performed well enough during that season for the Lakers to decide to offer him a 4-year $84 million extension in March of 2021. The point guard rejected the offer in favor of pursuing a bigger offer in free agency.

The Lakers traded for Russell Westbrook that offseason to replace him. Meanwhile, the bigger offer never came.

Schroder ended up signing with the Boston Celtics that summer for $5.9 million on a 1-year deal. He wouldn’t even finish the season there as the Celtics traded him to the Rockets in February.

After finishing out that 1-year deal, Schroder once again hit free agency this offseason and was once again met with disappointing options.

Today, NBA insider Shams Charania reported that Schroder would be retiring to the Lakers.

Shortly after, ESPN revealed that Schroder’s deal would be a 1-yer deal worth $2.6 million.

Breaking: Dennis Schröder is finalizing a one-year, $2.6 million deal to return to the Lakers, his agent told ESPN. pic.twitter.com/DeWco7hwWC

That amounts to about 3.1% of the money the Lakers offered him 18 months ago. Even if you add in the money he made last season, he has still given over $75 million dollars by turning down the Lakers’ offer from last March, making that decision an all-time bad business decision.

While Schroder has to be sick to his stomach over all of that money he gave up, the Lakers have to feel pretty great about how this all worked out for them.