Pro Go-Kart Racer Gets Pissed, Throws His Bumper At A Rival Mid-Race, Fights Him In The Pit, Then Quits The Sport Forever 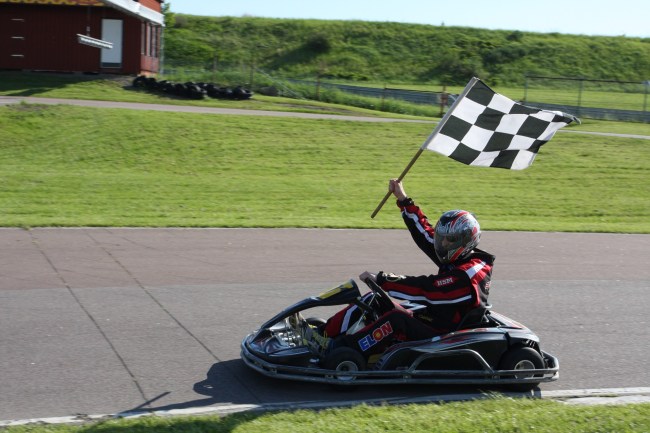 You know that something pretty outrageous has to have happened in order for ‘Professional Go-Kart Racing’ to make the news. It would be like Speed Walking or Men’s Indoor Volleyball making headlines in the United States, it just doesn’t happen all that often.

23-year-old Luca Corberi was filmed taking the bumper from his Go-Kart and standing by the track before hurling it at another driver in the middle of the Karting KZ World Championships race in a blatant attempt to cause a crash and/or injury. He missed the driver he was aiming for, Paolo Ippolito, and security footage later showed the two drivers fighting it out in the pits.

This all culminated with Luca Corberi quitting (retiring) from professional Go-Kart racing forever, presumably before the sport’s ruling body could ban him for life for tossing a bumper at drivers screaming around the track at high speeds.

Here’s the footage of Luca Corberi throwing his bumper into the race in an attempt to hit a rival and then later causing the kerfuffle in the pits. Totally normal behavior for a professional Go-Kart race, completely stable behavior…

Luca had this to say about his actions:

“I have decided not to take part in any other motorsport competition for the rest of my life,” Corberi said.
“There are no excuses to explain why I’ve done such a disgraceful act,” he added in a Facebook post.
“This episode will be remembered as one of the worst in our sport and that’s something I’ll never forget.” (via BBC)

Not for nothing, I’m pretty sure I could step foot into one of these Go-Karts today and dominate that racing circuit. I’ve never watched a professional Go-Kart race in my life and I’m confident I don’t need to. And this isn’t just some misplaced American hubris, I know for certain that Id’ straight-up dominate everyone on that racing circuit and it would make them question why their lives.

Honestly, though, maybe this is a clear example of video games poisoning someone’s mind. It’s clear this dude has played too much Mario Kart in his life and thinks it’s acceptable to throw items at your opponents and crush them and it’s also obvious that he’s the type of dude who throws his controller and shuts off the console before he loses. His Nintendo, his rules. You know the type.

Shout out to this article on Barstool for bringing this outrageous Go-Kart incident to my attention.