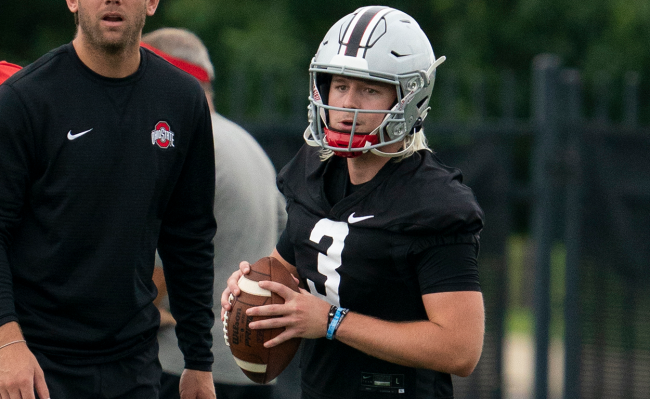 When you think of Quinn Ewers, you think of Texas, football, deep throws down the sideline, and mullets. The 18-year-old quarterback is known for quite a few things, but is perhaps best known for his hair.

Ewers, who is set to take the reins as QB1 at the University of Texas, has a mullet that competes with the likes of Billy Ray Cyrus, Hulk Hogan and Joe Dirt jealous. And it has already reached midseason form.

In high school, Ewers kept his mullet a bit shorter than he does today and would bleach it blonde. During his final year at Southlake, the No. 1 overall recruit chose to reclassify and enrolled early at Ohio State.

While in Columbus, Ewers kept the bleach but trimmed up the back. 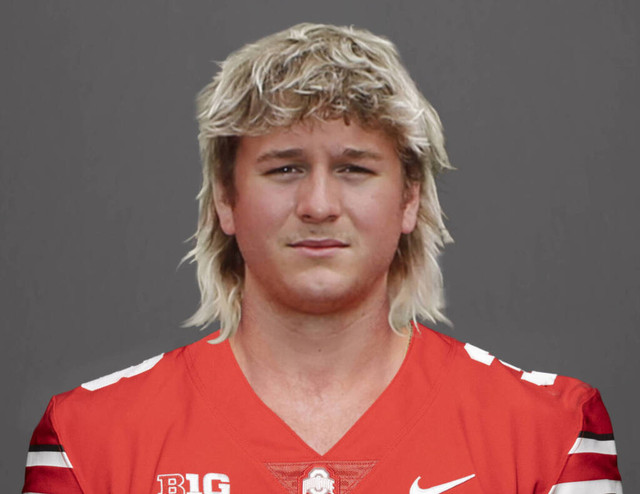 After C.J. Stroud won the starting job for the Buckeyes, Ewers chose to transfer and landed back home at Texas. Since then, he has instantly won over the locker room with his deep rap knowledge that might not necessarily coincide with his hair.

When Ewers arrived on campus, the grumpy olds were immediately up in arms about his hair. They suggested that he should “get a haircut to look like a ballplayer.”

Not only was it a terrible take, but Ewers’ brand is massive in the new era of Name, Image and Likeness. According to On3 Sports, he is worth approximately $331,000. His hair is a big part of that and it would be foolish of him to get it cut from a monetary standpoint.

Ewers has not cut his mullet at Texas. In fact, he has let it rock.

When the future of Longhorns football showed up in Austin, his hair was already of significant length, but he had let the bleach fade. Since then, it has only gotten longer and more glorious.

Over the weekend, Ewers showed up at Texas’ women’s basketball game. A photo of him in the stands shows his mullet reaching past his shoulders in the back, while still keeping it all business in the front.

The stars are out at @TexasWBB

Should Ewers pan out and become the college player that he is expected to be, watching him throw tuddys with a raging mullet coming out of the helmet is going to be incredible. Hopefully it only keeps getting longer.

Also, shoutout to college jeopardy winner Jaskaran Singh and wide receiver Xavier Worthy, who were also at the game. Be sure to check out Worthy’s chain.