The Oakland Raiders Are Reportedly Working Out Richie Incognito, Going All In On Locker Room Dysfunction 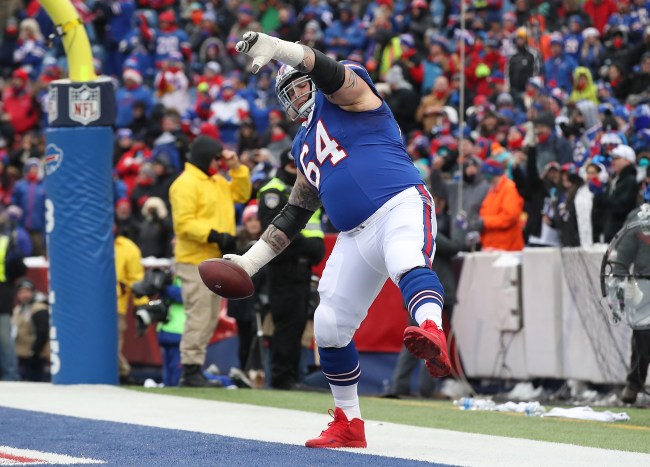 If you had told me before today that Richie Incognito would have another opportunity to play in the NFL, I would have driven you to a medical professional for evaluation.

After an unceremonious end to his career with the Buffalo Bills, Incognito said he was retiring from football because the stress was ‘killing’ him and his liver and kidneys were shutting down.

In an unexpected turn of events, the four-time Pro Bowl offensive guard is being evaluated for play by none other than the Oakland Raiders, according to NFL Network’s Mike Garafalo,

Here’s an interesting one. The #Raiders are working out free agent G Richie Incognito today, sources say. Incognito didn’t play last season after he retired, un-retired and then was cut by the #Bills. But word is he’s in shape and feeling well in all aspects. Wants to play again.

As if the Raiders didn’t have enough drama on their hands with Antonio Brown, Incognito brings a whole slew of issues that Jon Gruden will have to manage.

Incognito refused to show up to the Buffalo Bill’s offseason workouts after he claimed he didn’t want to play for the Bills, ultimately ending his career.

That’s just when things started going off the rails.

Last May, Incognito was reportedly put on psychiatric hold after an altercation with a man at an upscale gym in Boca Raton, Florida ended with him throwing a dumbbell at the man and the cops being called.

The man also said that Incognito was rambling about the government and screaming at the man to “get off my fucking playground.”

Then, in August, Incognito was arrested for “acting erratically and making the employees feel incredibly uncomfortable” while handling funeral arrangements for his late father.

If the Raiders sign Incognito, that may be the most electric Hard Knocks in history.