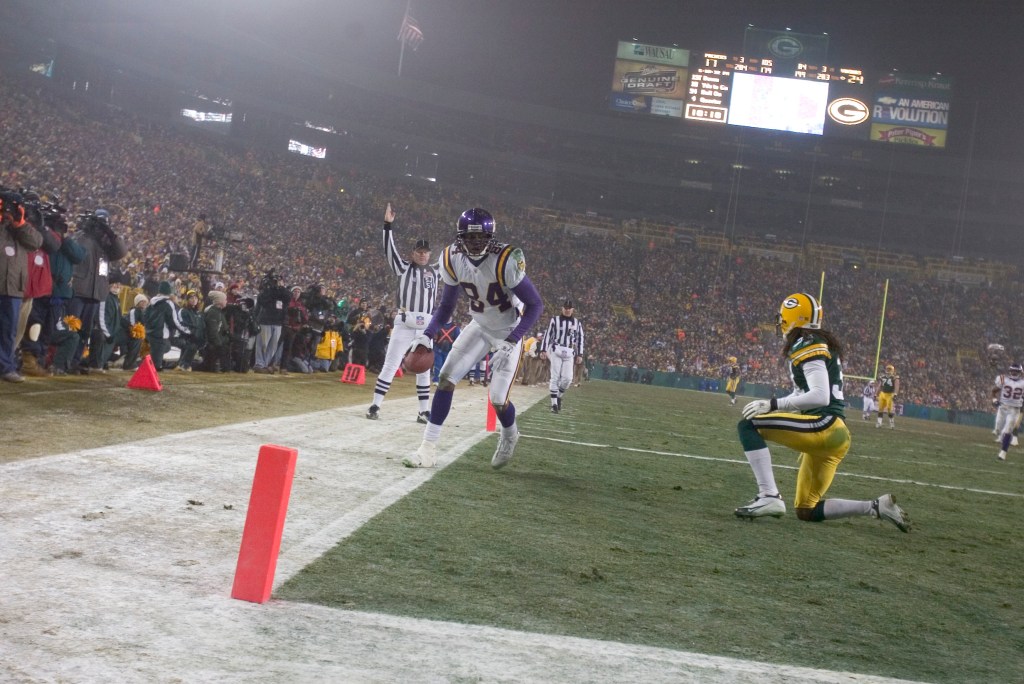 In the 2005 Wild Card Game between the Minnesota Vikings and the Green Bay Packers, wide receiver Randy Moss busted out one of the all-time greatest touchdown celebrations in NFL history. He pretended to pull his pants down and moon the Packers fans at Lambeau Field and Joe Buck said “that is a disgusting act by Randy Moss” which instantly became one of the most memorable TV calls of the modern era.

Need a refresher on that play? here it is:

Tommy Kramer is a former Minnesota Vikings QB (1977-1989) who tweeted out two videos of Randy Moss telling the story of his infamous ‘Lambeau Moon’ touchdown celebration and honestly, it’s one of those ‘how is Twitter free???’ moments because I’d pay good money to watch Randy tell these stories on TV. Randy and the others are sitting around a fire table sharing stories and eating food, and he gives us a glimpse into the events that triggered him to pretend to pull down his pants.

This is already one of the greatest if not THE GREATEST celebrations in NFL history but it’s even better now hearing Randy discuss how some Packers fans caused it to happen. There are two Twitter clips below and the full version from Facebook so you can choose which versions you’d rather click play on:

Randy Moss talking the Lambeau moon. I can’t say enough what a great man he is. Thank you Randy for the special afternoon. 🐐 pic.twitter.com/oBFiYPQbjb

As for what led up to the iconic fake moon at Lambeau Field, it started when Randy Moss injured his hamstring in 2005 and wasn’t able to play either of Minnesota’s regular season games against the Packers. Randy says the Wisconsin band which plays at Packers games spelled out “where you at, Moss?” with their horns and he obviously took that personally.

Then, on the day of the 2005 Wild Card game as Minnesota’s bus was rolling into Lambeau he said there were about ten Packers fans standing on the hill mooning the bus. “There’s probably like 10 white asses sitting over there over the hill, they’ve got all their pants down. Nothing but white moons all lined up.” and from there it was ON.

Randy was fined $10,000 for the ‘disgusting act’ called by Joe Buck which is a shame because it was hilarious, provoked by Packers fans, and has entered the annals of NFL history as one of the single greatest touchdown celebrations there ever was. Big ups to Randy for sharing this story!