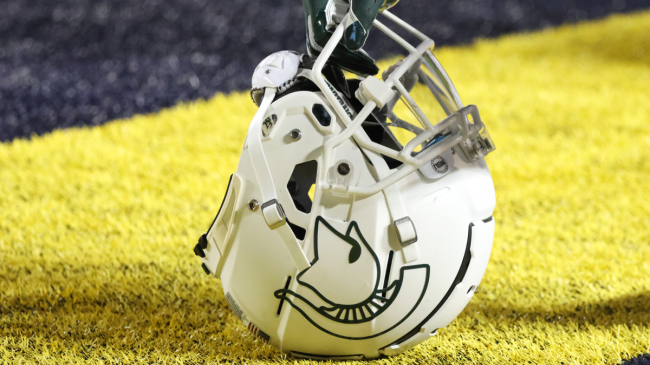 Seven Michigan State football players have been charged with varying degrees of assault for their involvement in a postgame melee in Ann Arbor.

Following their loss to archrival Michigan, Spartan players were seen in attacking members of the Wolverine roster while walking through the locker room tunnel below the stadium. That altercation resulted in a suspension from head coach Mel Tucker, but now it seems that legal ramifications could be faced.

BREAKING: Seven Michigan State football players have been charged for a postgame fight in the tunnel at Michigan Stadium; one faces felony assault.

A post from Michigan sports correspondent Tony Garcia details the charges being dealt to the Spartan players.

Following the altercation between members of the Michigan and Michigan State football teams on October 29, the University of Michigan Division of Public Safety and Security conducted a thorough investigation into potential criminal liability.

At the conclusion of the investigation, UMDPSS submitted a request for criminal charges against several individuals – all student-athletes on the Michigan State football team.

All charges are merely allegations. Those charged are presumed innocent until proven guilty.

The report caused quite the reaction on social media, though opinions of the incident differ.

One person said, “Absolutely warranted. The assaults happened outside the context of gameplay. The extent of the injuries suffered, and objects used as weapons (such as a helmet) make the incident rise to this level.”

Others disagreed, though, saying that charging the players was extreme. One fan commented, “I feel like this should be handled by the schools/teams.”

Michigan has issued a statement on the charges.

“At the University of Michigan, we appreciate the thoughtful, deliberate approach from the Washtenaw County Prosecutor’s Office to this unfortunate incident. We also want to express our concern for all the players involved, especially those who were injured. The University of Michigan will continue to cooperate fully with any additional reviews of this matter.”

It will be interesting to see how this plays out for those Michigan State football players.