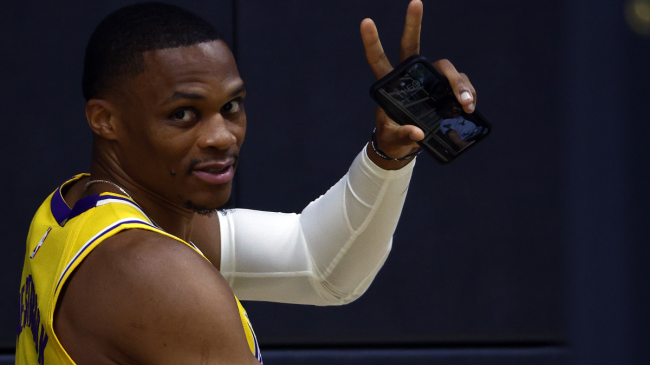 Russell Westbrook’s relationship with Lakers fans is a bit rocky. Many were happy to see the NBA star join the roster in 2021 season, with Los Angeles creating a ‘Big 3’ of sorts combining Russ with LeBron and AD.

After an inconsistent season, though, a number of Lakers fans now want him gone.

Westbrook averaged 18.5 points a game last year, but poor jump shooting and turnover issues put a bad taste in the mouths of Los Angeles supporters. Much of that may be due to his massive price tag, as he recently signed a player option worth $47M to remain in LA.

With that huge salary, many suitors have been unwilling to negotiate a potential trade for the point guard, though some have reached out.

A recent report suggests that the team could’ve made a deal with the Pacers ahead of camp but opted to wait things out. Seeing what they could’ve gotten in exchange for Westbrook has many Lakers’ fans peeved.

Report: Lakers and Pacers had deal laid out for Russell Westbrook

Shams Charania of The Athletic reported that the Lakers seriously considered a deal that would’ve sent Russell Westbrook to the Pacers. In exchange, Los Angeles could’ve gotten Myles Turner and Buddy Hield.

Hield averaged 18.2 points over 26 games with Indiana last year while Turner added another 12.9 a night. The Lakers would’ve also given up a pair of first-round draft picks, but it might’ve been worth the price of adding proven talent.

Instead, GM Rob Pelinka opted to “remain patient” and see how the team gelled in camp. Pelinka’s decision not to pull the trigger on the deal has many Lakers fans upset.

Many are unhappy with Pelinka for not making the move. Some are even calling for his job.

LeBron to Rob Pelinka after reading this pic.twitter.com/2mAMUKOjCr

Pelinka might not be the only person to blame, though. After all, the Lakers find themselves in this scenario because LeBron chose Westbrook when the team could’ve had DeMar DeRozan. James has influence on team moves, and he very well could’ve had a say in nixing this.

We’ll see how it all works out for the Lakers in 2022. If they miss the playoffs for a second season in a row, many might look back on this and wonder what could’ve been.