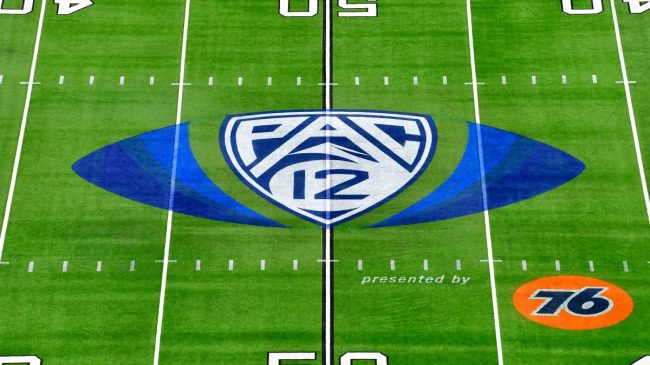 The PAC-12 continues to take hits. Last week, it was announced that major brands USC and UCLA would both be leaving the conference in order to join the Big Ten in 2024.

The news is crushing for the “Conference of Champions,” as the two Los Angeles based schools reside in the largest sports and media market the US. With the duo deciding to part ways, the PAC-12 is in serious danger of being dismantled. It’s possible that more programs could be poached.

A report surfaced Tuesday that the Big XII could look to add as many as six current members of the PAC-12, which would all but end the conference.

The USC and UCLA moves came down to money. The two West Coast programs are now leaving to compete with schools halfway across the country. Sure, the logistics might by difficult to navigate, but the potential earnings far outweigh those issues.

The PAC-12 is trying to be proactive, announcing on Tuesday that they plan to “immediately begin negotiations for its next media rights agreement.” They’ll hope a new agreement will help lock in the current members, as well as attract a few more.

Unfortunately, willing TV partners could be few and far between with the current state of the league. Have no fear, though. College sports fans have been quick to offer their suggestions for who the conference should partner with in the future.

Fans around the nation chimed in on social media to offer suggestions for the PAC-12’s next TV deal. The responses are great.

With companies like Fox and ESPN already having large TV deals with the SEC and Big Ten, it could be hard for the PAC-12 to make their pitch.

Live look at all of the interested media companies gathered to bid on the rights pic.twitter.com/wNp6qAuua2

Live look in at networks lining up for PAC 12 rights pic.twitter.com/vCATXxUeJ1

With the major players likely out, fans are suggesting other options. Who wouldn’t want to listen to Bill Walton call a game on MTV, Animal Planet, PBS, or Nickelodeon?

BREAKING: The PAC12 and the History channel have agreed on a multi dozen dollar TV rights deal. https://t.co/l4jDhTzm1N

PAC-10 after Dark about to get slimy pic.twitter.com/DzhNFqkVvn

Pac-12 to MTV confirmed. Games will be slated in-between marathons of Ridiculousness https://t.co/8awjzKTrfr

Pac-12 After Dark live on The WB and UPN https://t.co/pvd4F108zQ pic.twitter.com/HUkn9b5cKg

What about streaming options?

The PAC-12 when they see networks will only pay $12/year and be stream only pic.twitter.com/yIqqGaYqZf

give you $1 to stream it on our twitch page

Update: Pac-12 and MySpace have an agreement in writing on their media rights.

We’ll see what happens in these PAC-12 TV deal negotiations. If they can’t find a suitable partner, the league will find itself in serious limbo.