Reason Why Tom Brady Didn’t Thank The Patriots In His Retirement Letter Revealed, Per Report 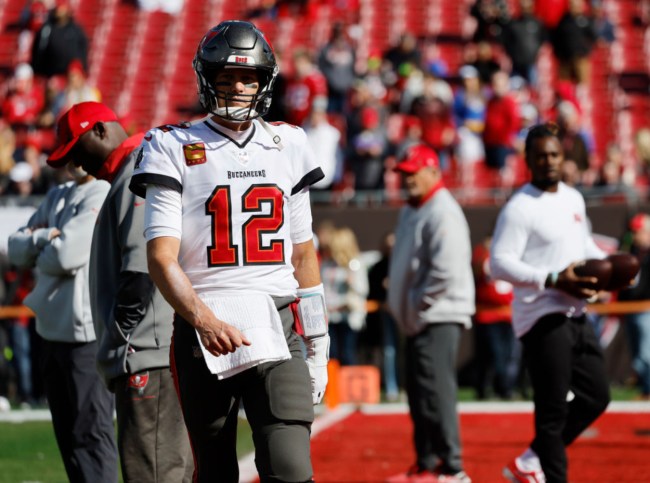 Back in mid-March, a report from the Boston Globe claimed that Tom Brady was planning on going to the Miami Dolphins prior to the lawsuit filed by the team’s former head coach Brian Flores.

Brady officially announced that he would be un-retiring on February 1, which was the same day the former Dolphins coach filed a lawsuit against the NFL.

The report linking Brady to the Dolphins came via Globe reporter Ben Volin. Now, less than a month later, Volin has a new report about Brady, specifically his controversial retirement letter in which he didn’t thank the New England Patriots.

Volin joined ‘The Dan Le Batard Show with Stugotz‘ and revealed that Brady didn’t thank the Patriots in his farewell letter because at that point in time he was planning to join the Dolphins where he would be playing the Patriots twice a year during the regular season.

“He wasn’t saying goodbye to the Patriots, in fact, he was going to be seeing them twice a year in his new arrangement,” Volin explained.

"Holy shit. That is crazy." — Dan after @BenVolin revealed that Tom Brady didn't thank the Patriots in his goodbye letter because he planned to play them twice a year — as a member of the Miami Dolphins. #whatcouldhavebeen

That is a major report from Volin, and certainly one that adds more fuel to the rumors that Brady was looking for a way out of Tampa Bay following the 2021 campaign.

Another theory this adds a bit more juice to is Brady’s decision to retire may have been a move to simply get out of his contract with the Bucs. That didn’t pan out, however, as he’s back with the team ready to be QB1 in Tampa Bay yet again.