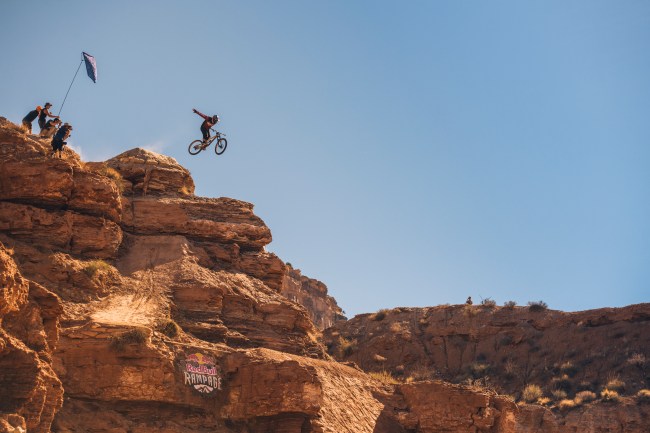 The 2019 Red Bull Rampage Competition will kick off this week in Virgin, Utah just outside of Zion National Park. I’ve covered this event for years because it’s truly unlike anything else in the world of extreme sports but this year will be different and I’ll be there to bring you bros the action as it unfolds.

In the past, I’ve called the Red Bull Rampage the ‘Craziest Event In All Of Extreme Sports‘ and I stand by that claim. The event’s evolution over the past 18 years have evolved into the truest test of skill and toughness in the world of mountain biking.

At its core, the Red Bull Rampage is an invitation-only freeride mountain bike competition. Similar to freeride snowboarding and skating, the competitors are judged on their choice of line down the course, technical ability (tricks), complexity, and execution. The goal is to make it down the mountain in one piece and bust out some sick tricks along the way. Sounds simple, right? Yeaaaaaah, not so much. 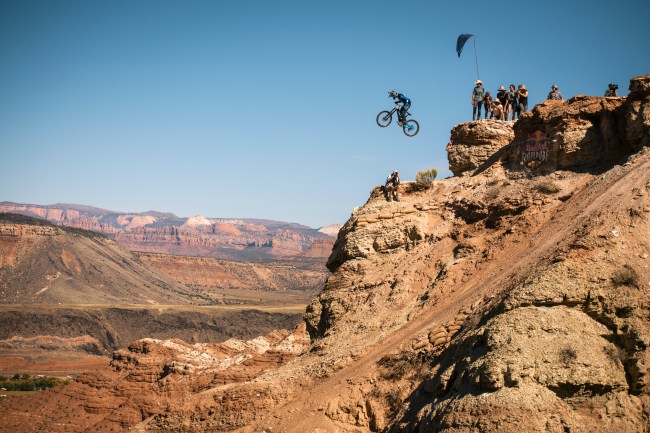 I’ll be at the 2019 Red Bull Rampage on Friday in Virgin, Utah which you can live stream here on Red Bull TV’s website and as I’ve prepped for this trip I’ve described this contest to friends and colleagues as ‘basically, some crazy dudes are riding their bikes straight down a mountain, doing flips, and trying their hardest to not break every bone in their bodies.’

This year, Red Bull TV will bring coverage of the Rampage in an unprecedented way using Augmented and Virtual Reality to bring viewers one of the coolest experiences ever offered to the world of extreme sports.

Using the Red Bull TV app, viewers will be able to project a 3D photorealistic model of the mountain right in their living room and various geolocated points throughout the mountain will have 360-degree virtual reality content allowing viewers to control the action in any direction. In addition, state-of-the-art virtual augmented reality elements will be added to the live broadcast this year as well.

I want you gentlemen to get hyped about this event with me because it’s one of the coolest competitions in the world of Extreme Sports. Seriously, check out the winning runs from 2010 through 2018 and tell me these athletes aren’t at least borderline insane (at best):

A lot of people think they have what it takes to pull something off until they put themselves in the athlete’s shoes. Thankfully, you don’t have to go barreling down a mountain on a bike to know how insane the Red Bull Rampage is. This ‘Could You Ride It?’ POV view of the competition illustrates just how insane this course is.

The last time an American won the Red Bull Rampage was back in 2013 when Kyle Strait took home the Gold so it will be interesting to see if American riders can represent this year and give our Canadian brothers a run for their money. Don’t get me wrong, this isn’t The USA vs. The World. But the event is in Utah and it’s hard not to pull for the home team, am I right? 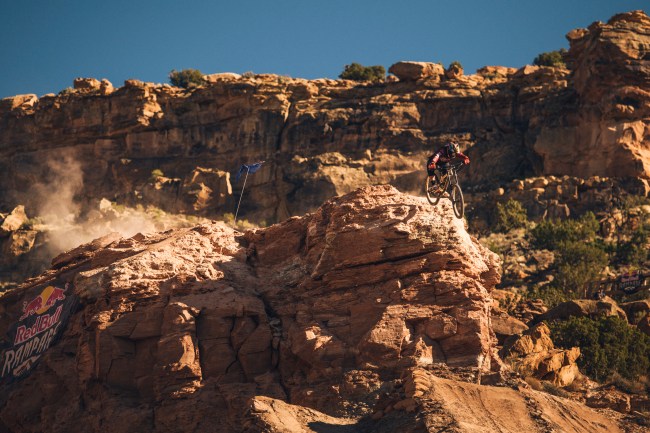 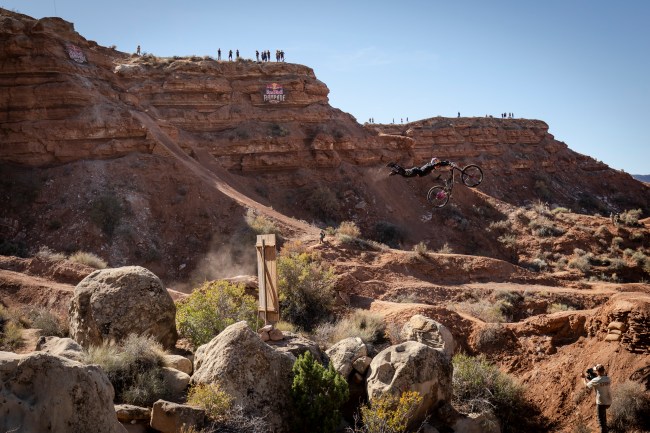 Tune-in on Friday, October 25th at 9:00am PST / Noon EST on Red Bull TV to watch Red Bull Rampage live and so be sure to bookmark this page if you want to find that livestream link. Also, be sure to follow @BroBible and @RedBullBike on Instagram if you’re not already for live updates from the course. You can also find my tweets at @casspa from the event this Friday.