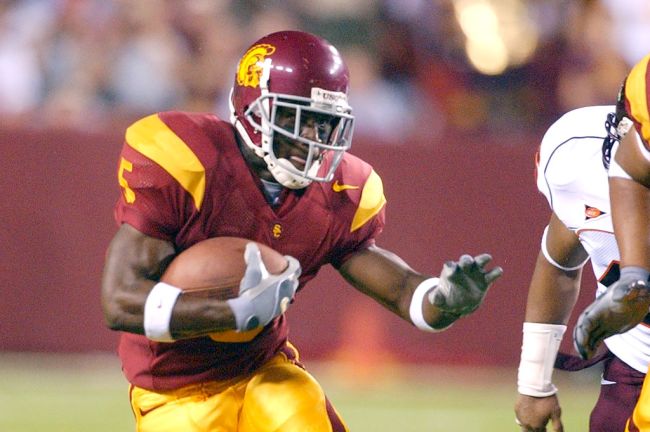 Reggie Bush is inching closer to getting his Heisman Trophy back. Now that student-athletes can profit off of their names, images, and likenesses, the greatest college football player of all-time is asking the NCAA to have his trophy returned.

The 36-year-old was forced to surrender his Heisman Trophy in 2010. An investigation found that he and his family members accepted cash, travel expenses and a home in the San Diego area while he was at Southern California. As a result, the Trojans’ 2005 season was removed from the record books.

Bush is demanding that the NCAA return his hardware and maintains that college sports’ governing body painted him in a targeted narrative.

I never cheated this game. That was what they wanted you to believe about me.

An official response has not come from the cowardly NCAA. However, the Heisman Trophy Trust released a statement on Friday.

Statement from the Heisman Trophy Trusthttps://t.co/KeKIBB0NqN

The statement was a little bit (maybe a lot) of a cop-out. While that is undeniably the case, it flipped the narrative entirely on the NCAA and threw the governing body under the bus.

That means that the Heisman Trust is happy to return the trophy, if the NCAA allows.

The ball is entirely in the NCAA’s court, which means that mounting pressure will only continue against the inept organization.