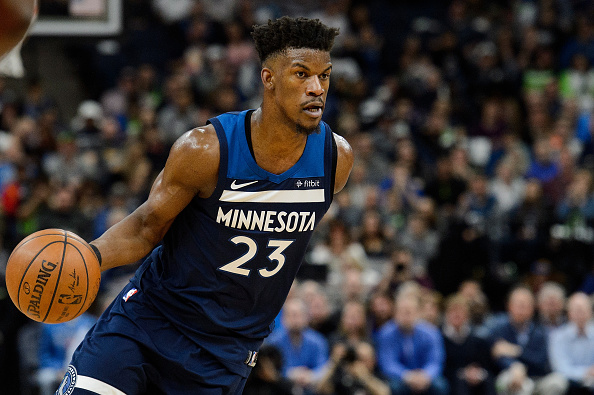 Yesterday afternoon Jimmy Butler lit up the NBA world when he sabotaged Wolves practice one month after requesting a trade.

\
After the practice Butler had a sit-down interview with ESPN’s Rachel Nichols which led everyone to believe that Butler’s actions in practice were all just a PR stunt by his team to force the Wolves to trade him.

Jimmy is doing an interview with the great @Rachel__Nichols, who just happened to be in town today.

Mark Wahlberg starred in and was a producer of the movie “Broken City’’ that was released in 2013. That was the same year Wahlberg was filming a “Transformers’’ movie in Chicago, and met Jimmy Butler playing pickup basketball at the Bulls practice facility.

Wahlberg and Butler started a friendship that both the blue-collar juvenile delinquent from the Dorchester neighborhood of Boston and the abandoned kid from the dusty streets of Tomball, Texas have made public with great pride.

There was insight sought from a Chicago media person who had watched Butler from the start of his career. The suggestion was that Jimmy came into the league driven by his underdog status, and that changed a few years later when he started hanging out with Wahlberg and seeing himself as a star.

The feeling in Chicago was that Butler’s game stopped growing three, four years ago, as his head grew ever larger.

The idea that Butler became a diva after joining the pros isn’t nothing new, just a few weeks ago an anonymous GM ripped Butler for drinking $4k bottles of wine and thinking that he’s LeBron James.

When Butler first entered the league, he drove a pickup truck and listened to country music. The Chicago Bulls drafted him with the final pick in the first round in 2011. Back then, no one expected him to become a star. Most wondered if he could even cut it as a pro.

“He was a humble country kid who was happy to be in the NBA,” one league source told Amico Hoops. “Now, he drinks $4,000 bottles of wine and thinks he is LeBron or D-Wade.

“It’s really sad because he was the best kid ever.”

We’ll have to wait and see if Butler’s recent PR outbursts scare teams away from trading for him.