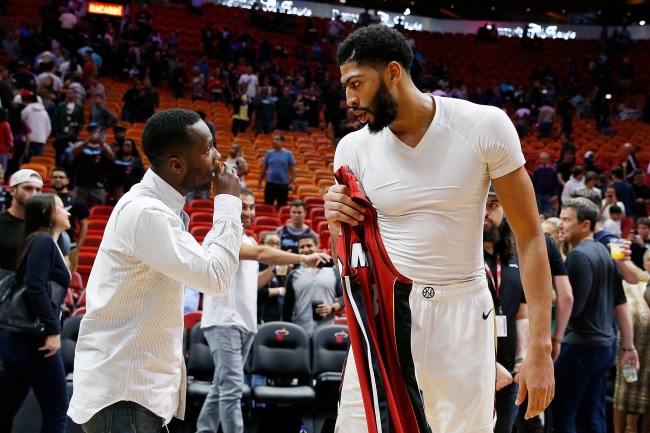 Rich Paul has become, arguably, the most innovative and influential sports agent in the NBA. Sure, it helps that he’s good buddies with LeBron James, who happens to be the most polarizing client Paul has, but he’s also hustled his way towards the top of the league by getting players like Anthony Davis, Ben Simmons, Eric Bledsoe and others by thinking outside the box. And if you need to know just how much power Rich Paul really has, look no further than getting Davis the trade he desired most — a chance to play alongside James on the Los Angeles Lakers.

Although the trade had been rumored for months, it didn’t actually get done until this offseason, when the Lakers sent an absolute haul to the New Orleans Pelicans to acquire the All-Star big man. There was just one major detail that needed to be worked out, though, a $4 million trade kicker that would either help Davis’ checking account, or give the Lakers some salary cap room to be aggressive for another superstar in free agency. Ultimately, Davis waived it, which led the Lakers to pursuing a guy like Kawhi Leonard before he decided to sign with the L.A. Clippers.

So what made Davis give up $4 million? Sitting down with SiriusXM’s NBA channel over the weekend, Rich Paul explained what led the superstar to sacrifice money, explaining to him that it would be worth it in the long run. Take a look below at what Paul had to say.

“Anthony wanted to do what’s best for the team. They had to create cap space knowing that [when] they went out to get him that the depth chart would be pretty scarce. Here we are again as athletes. You can’t have it both ways. The media says well you know what? If you want all your money you’re greedy.”

“Or when you want more money than they think you’re worth, they say you’re greedy,” he continued. “When you want to take less, like in this case he wanted to do what was best for the team because he’s only been in the playoffs two years.”

Giving up $4 million might not seem like a big deal for a guy like Anthony Davis who’s set to earn $27 million in salary next year, but, let’s face it, that’s a ton of cash. For Rich Paul to help Davis realize that waiving the trade kicker could help his legacy and bottom line in the long-term is fascinating, and it shows how much he really cares about his clients, explaining why the long-term goal is more important than the short-term.

With Anthony Davis set to star in Space Jam 2 and play alongside LeBron James in the glitziest city in the U.S., Rich Paul knew that the player would have plenty of chances to make that $4 million back in other ways, so it was smart to sacrifice for the good of the team; even if the Lakers weren’t capable of adding that third superstar in free agency.