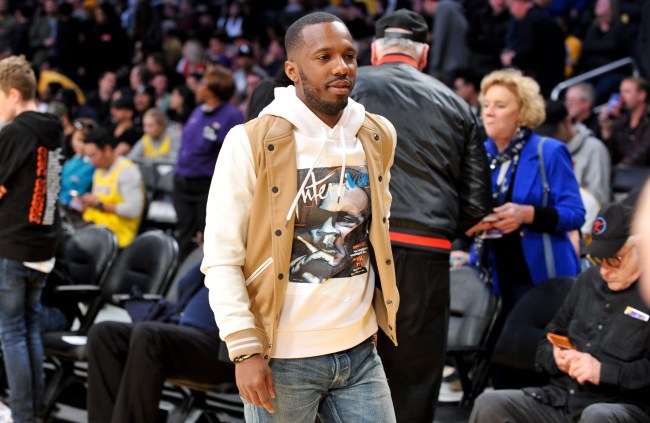 Rich Paul, one of the most powerful sports agents in the NBA — who represents guys like LeBron James, Anthony Davis and Eric Bledsoe, among others — might seriously be trying to manipulate the entire league. After, allegedly, being blamed for spreading rumors to gain leverage in a trade for Davis, as well as reportedly complaining to NBA Commissioner Adam Silver about former Los Angeles Lakers head coach Luke Walton, one source told Sports Illustrated that Paul is now trying to hire assistant coaches for the team.

The report comes from an SI piece that referenced a source mentioned to author S.L. Price that Rich Paul wasn’t just actively recruiting coaches for the Lakers, but even offered an anonymous NBA head coach an assistant’s role with the team. Here’s what Paul’s being accused of, as well as his reply.

“In May, Paul also approached at least one NBA coach to gauge interest in an assistant role on Vogel’s staff, a source familiar with the conversation told SI. Last week, Paul declined comment to SI on the Silver exchange and denied broaching a role on Vogel’s staff to anyone.”

Both Paul and the Lakers denied any involvement in the coaching search.

“No,” Paul told SI. “Plenty of coaches, plenty of people have reached out to me to get guys to be an assistant. But I haven’t approached nobody about being an assistant. It’s not my place.”

A Los Angeles spokesperson added that the team has, “no knowledge” of Paul reaching out to coaching candidates and “no reason to believe it’s true.”

Whether true or not, this is just another black eye for the Los Angeles Lakers, who have been the most dysfunctional franchise in sports since LeBron James joined them last summer in free agency. And, while both Rich Paul and Lakers are denying the report, the fact that he’s sort of gained a reputation for conspiring things like this before — as he reportedly did when he approached Silver — doesn’t help his case.

It’s the biggest offseason in the history of the Lakers as they try to compete and win a championship while James is still, somewhat, at his best. Paul’s client, Anthony Davis, is believed to want to play with the Lakers, but that’s a messy situation because of how Rich Paul handled it a few months ago before the trade deadline. Bottom line is this: It might be time for Paul to take a step back and be a little less vocal in some of his claims, because it’s probably doing more bad than good for some of his clients to get what they want.