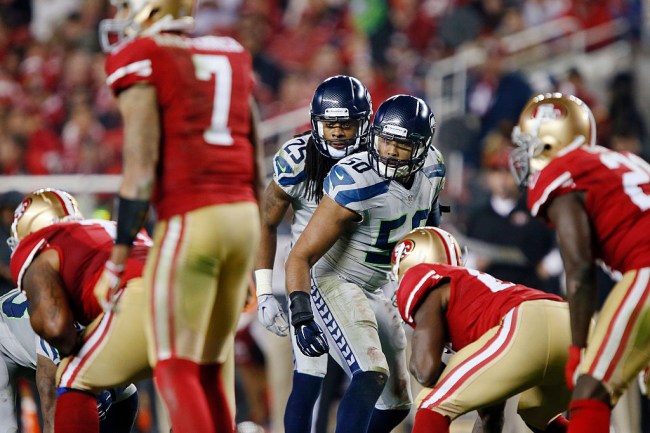 The Washington Redskins had to reset their “Number of Days Since We Lost a Quarterback to a Broken Leg” counter back to zero on Monday when Colt McCoy suffered the same fate Alex Smith did just a couple of weeks before.

As a result, as if 2018 hasn’t been bizarre enough, we now live in a world where Mark Sanchez has a starting job in the NFL.

At least we’ve already gotten a Fumble Butt out of it.

The Redskins now need to add another quarterback to their roster, and when you consider most unsigned QBs out there are unsigned for a reason, there’s one in particular that stands out.

Yesterday, I came across Jay Gruden’s explanation for why Colin Kaepernick wasn’t a candidate for the position, claiming the Redskins would have to dramatically adjust their offense to adjust to his playing style.

After that article hit the internet, I received a complaint from a reader who said I was an idiot for having the gall to suggest the Redskins were full of shit, claiming anyone who really understands football would realize NFL superstar Mark Sanchez is a better fit and suggesting I should give my job to someone who knows what they’re talking about.

According to The Washington Post, Sherman spoke with Pro Football Talk and shared his thoughts on the situation, saying all you have to do is look around the league to see why their explanation doesn’t make any sense:

“At first, it was like, ‘Colin Kaepernick’s stats weren’t good enough,’ or, ‘He stopped playing at a high level.’ And then you see some of the quarterbacks that they picked up and you’re like, well, if you’re picking up Mark Sanchez, he’s had some up and down years.

Colt McCoy’s the same way. They’ve had up and down years, and Colin has played at a higher level than I would say any of those guys ever performed at the peak of their careers.”

You can argue Sanchez is the best fit for the offense in its current form but it’s laughable to say Kaepernick can’t play at his level when comparing their résumés.

I can’t wait to see Nathan Peterman in a Redskins uniform.