Richard Sherman FINALLY Admits He Was Wrong, Says He Is Going To Apologize To Baker Mayfield 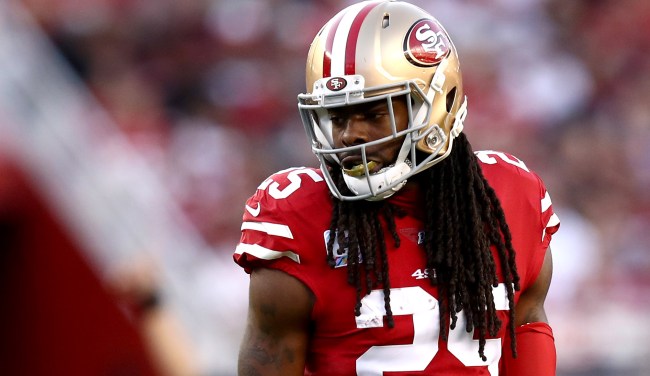 After being completely busted for basically making up a story, that went viral, about how mad he was that Baker Mayfield didn’t shake his hand during pregame ceremonies on Sunday, 49ers defensive back Richard Sherman has been forced to walk all the way back the comments he made.

Sherman’s comments ended up leading to numerous NFL pundits taking aim at Mayfield, calling him childish and unprofessional for much of the day on Monday.

After being exposed, Sherman tried to claim (after deleting previous tweets to the contrary, one of which read very specifically, “He didn’t shake my hand.”) that he meant that Mayfield didn’t shake his hand AFTER the coin toss (because he certainly did BEFORE it).

So Richard Sherman is mad Baker Mayfield ran off the field and didn't shake hands a second time during the coin toss? This might be the dumbest controversy of all-time pic.twitter.com/zZssOt7CMW

When that didn’t work, Sherman took to Twitter once again trying to play it all off, writing, “Ppl freaking out over a handshake gave me a good laugh. I will lose no sleep over it and have moved on to the next opponent.”

So you don’t see any difference in the way I shake everyone else’s hand and the guy who stands back with the petty shake. Was Bs and I took offense to it then turns and runs off. It’s not that big of a deal.

And then when THAT didn’t work, on Wednesday, Sherman called in to The Pat McAfee Show and FINALLY admitted that he was wrong.

Sherman admitted that he “already felt some type of way” about Mayfield before they shook hands, so he had that going on before even running into the Browns quarterback on the field.

As for whether he would have said things differently, Sherman says he “felt disrespected,” and added that when he saw the video it was “different than I remember it.”

“It’s definitely my bad,” Sherman finally ended up telling McAfee. “I never want anybody to have to deal with some sh*t that they didn’t do. The questions that he’s gonna get, the annoying nonsense questions about some stuff that happened in a game that’s already been done, sure he’ll get an apology for that. I’ll probably reach out to him via text or social media to actually get a hold of him and talk to him on the phone, but yeah, yeah, that sucks… he definitely deserves an apology.”