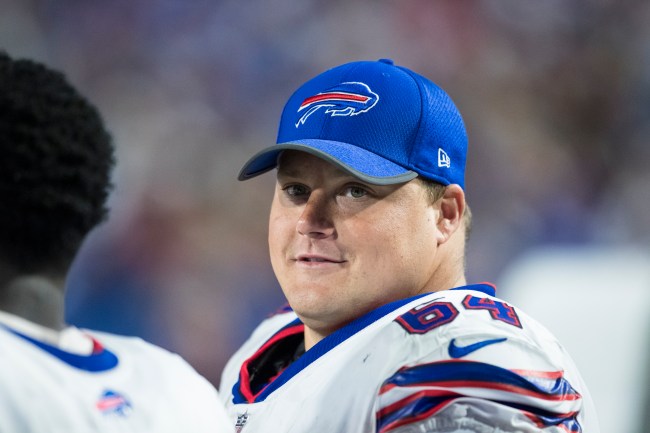 The 2019-2020 Oakland Raiders need to seriously start to consider hiring a full-time babysitter for a big chunk of its roster. Antonio Brown, Vontaze Burfict, and now Richie Incognito is a match made in Hard Knocks heaven, and could very well turn out to be a catastrophic disaster for Jon Gruden, who doesn’t exactly have a lot of wiggle room for failure after a shitty 4-12 debut season.

The big head-scratcher signing here is undoubtedly Richie Incognito, who was previously thought to have retired from football after claiming the stress was ‘killing’ him and his liver and kidneys were shutting down. The Raiders ignored every red flag and signed the four-time Pro Bowler to a one-year deal on Tuesday. It didn’t take long before another report highlighting the instability of Incognito came to light.

According to an ESPN report, pleaded guilty to two misdemeanors after an incident involving his 90-year-old grandmother.

According to court documents obtained by ESPN, Incognito agreed to plead guilty to charges of criminal damage and disorderly conduct — both Class 1 misdemeanors in Arizona — after he punched a fist-sized hole in a wall in the living room and ripped a security system’s control box off the wall during an argument with his grandmother at her house on Aug. 19, 2018.

The police report described Incognito as “enraged” and that he blamed his grandmother for the death of his father, which he had announced on Twitter the day before. A domestic violence charge was removed when a plea agreement was reached on April 1.

Incognito was ordered to take 10 weekly anger-management sessions and pay a $569 fine. He also was given one year of unsupervised probation per terms of the agreement. He was ordered to stay away from his grandmother’s home, stay on his medication, avoid alcohol, not possess firearms and write a letter of apology.

This incident has unfortunately been par for the course with Incognito in retirement. Last May, Incognito was reportedly put on psychiatric hold after an altercation with a man at an upscale gym in Boca Raton, Florida ended with him throwing a dumbbell at the man and the cops being called. The man also said that Incognito was rambling about the government and screaming at the man to “get off my fucking playground.” Then, in August, Incognito was arrested for “acting erratically and making the employees feel incredibly uncomfortable” while handling funeral arrangements for his late father.

When asked about Incognito’s past, general manager Mike Mayock chose to focus on his foot speed.

If the Raiders don’t secure the Hard Knocks bid, I’m boycotting the NFL.