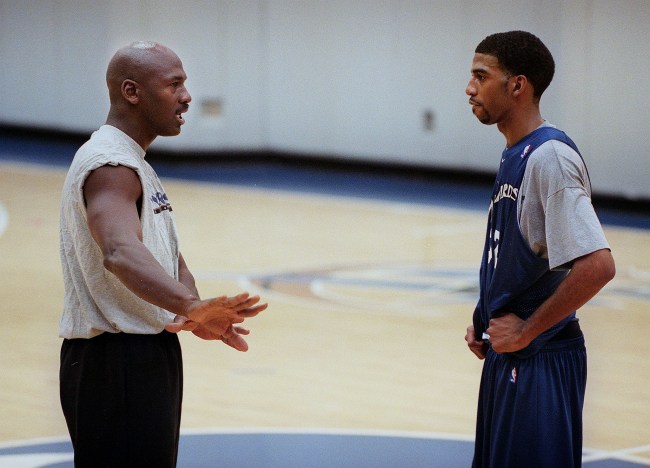 Michael Jordan’s pettiness was well documented in ESPN’s Chicago Bulls documentary “The Last Dance” but it seems that MJ’s unsavory behavior didn’t end with his career as a player.

During an appearance on Showtime’s All The Smoke, former Wizards guard Richard Hamilton told the story of how Michael Jordan once got Laron Profit traded away from the Wizards for talking trash during a pickup game.

According to Hamilton, he and teammate Laron Profit would engage Jordan in trash talk when they played each other during informal pickup games. During one of those games, Profit scored on Jordan and blurted out “You can’t guard me with them old-ass knees.” Hamilton said he knew that Jordan was “heated” after Profit’s comment and he goes on to explain why he believes it influenced MJ’s decision to trade Laron away to Orlando later that year.

Richard Hamilton said Laron Profit once got the better of Michael Jordan on one possession in a Wizards practice and told MJ “You can't guard me with them old-ass knees."

He was heated to the point that when I went to my exit meeting—because he was the president at the time—I went into my exit meeting and he was like, ‘OK, Rip, you know, your man, your buddy … he’s outta here,'” “He said, ‘But you’re gonna be there by yourself, and you ain’t gonna have your buddy to co-sign. You’re gonna be on an island by yourself.'”

The Wizards traded Profit and a first-round pick to the Orlando Magic in August 2001 for North Carolina center Brendan Haywood.