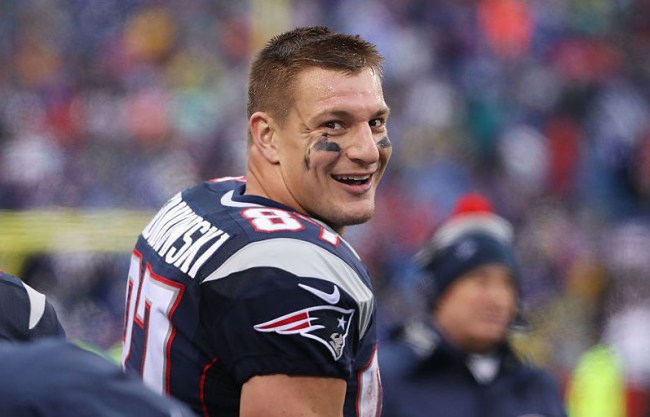 Back in March, Rob Gronkowski announced he was hanging up his cleats after nine seasons with the Patriots, which didn’t come as much of a surprise when you consider the toll football had taken on his body over the course of his career.

Since then, we’ve been treated to a steady stream of information concerning the rationale behind his decision to retire and learned that he suffered the last in a long line of injuries during Super Bowl LIII and was also forced to deal with fluid in his brain as the result of the many hits he took during his time in the NFL.

However, there are plenty of people out there who are doubtful Gronk’s retirement will be a permanent one, and over the past few months, there’s been plenty of speculation that he could return to the league this season if the right situation presents itself.

Based on how much he’s slimmed down since announcing his retirement, it would appear Gronkowski would have plenty of work to do if he wanted to get back in playing shape, but according to NFL.com, he might not need as much time to mount a comeback as you’d think.

Gronk recently joined The Rap Sheet and shed some light on his post-retirement life, and while he says he’s perfectly content with his current situation (aside from being constantly hounded by questions concerning a comeback), he claims he’d only need a month’s worth of training if he did indeed decide to make his grand return.

As much as I’d love to see Gronkowski return, I can’t help but be concerned about his long-term well-being based on what we’ve recently learned about his health.

With that said, I certainly won’t be complaining if he has a change of heart.