Rocco Mediate Took A Savage Dump On Anyone Who Complained About The U.S. Open Course Conditions 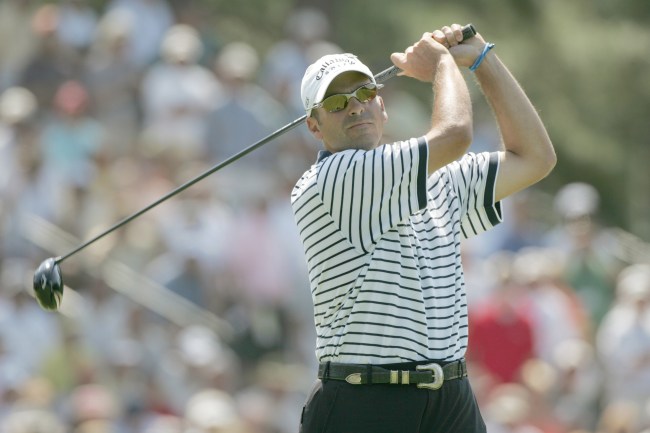 Rocco Mediate has won the Senior PGA Championship but the closest he came to winning one of golf’s 4 Majors is when he lost to Tiger Woods in an 18th-hole playoff in the 2008 U.S. Open at Torrey Pines South Course and finished in 2nd. He has career earnings of over $16 million which means he knows a thing or two about playing the most challenging golf courses in the world and rising to the occasion.

Let’s think back a few weeks ago when everyone was losing their goddamn minds about the U.S. Open conditions at Shinnecock Hills. It was the golf equivalent of a teenager saying ‘I just can’t deal right now’. Everyone was piling on the criticism while nobody was willing to just suck it up and rise to the challenge. In a recent interview with ASAPSports, Rocco Mediate was asked about this and he didn’t hold anything back. He took an elephant-sized Hot Carl all over anyone in the world of golf who complained about the course conditions. Here’s what Rocco had to say:

Q. Setup has been a big subject.

ROCCO MEDIATE: Truthfully, it’s all been a bunch of bullshit, what I’ve heard, complete horse shit. I’ll say it again if you want me to.
Here’s the deal — here’s the deal, two weeks ago: If you don’t like how it was set up, A, hit better shots; B, don’t come. Don’t come. Someone will take your place. It’s real, real simple. Now you’re getting me mad.
They’re talking about, well, you just shot 10 feet right of the pin, rolled into the bunker. Hit it left of the pin, then, okay? Because everybody’s got to play the golf course.
Let me ask you this question, too. Remember the one about the golf course changed from the morning — have you ever played one that didn’t? Of course it’s going to change. That’s what it’s supposed to do.
Sometimes it can get softer in the afternoon. Sometimes it gets firmer.
What I heard that week made me want to throw up, basically. Just shut up, play. Because I guarantee you that trophy, that beautiful trophy they give away, this week and two weeks ago, is way worth the crap you have to go through to win it. It is. I haven’t done that yet, but it is. I had this much on it. It was worth the try. (via)

I can’t imagine that many in the golf world are going to love what they heard from Rocco Mediate but I’m sure as shit glad that someone said it. Anyone complaining about the course being ‘too challenging’ needs to remember that they’re playing on the goddamn PGA Tour, the highest level of golf. You don’t see people bitching about having to play Nadal on clay every year because it’s too hard.

To read the full interview on ASAPSports you can follow that link. (h/t Barstool Sports)