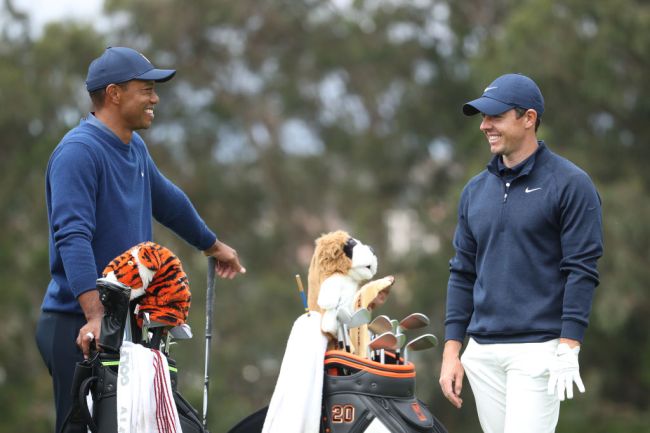 Rory McIlroy was a guest on Tuesday night’s edition of ‘The Tonight Show’ and shared that he has been in touch with Tiger Woods since his single-car crash on Feb. 23 and suggested that he could be leaving the hospital and heading home soon.

While we’ve learned more details about the crash and the next steps being taken by law enforcement to try and determine what exactly happened, we haven’t heard too much from fellow Tour players that have actually talked to Woods since the accident. Woods and his team haven’t given any updates since Feb. 28. McIlroy saying Woods is doing better and suggesting he could be back home with his kids soon is great news.

“I’ve spoken to him a little bit,” McIlroy told Jimmy Fallon on Tuesday. “He’s doing better,” McIlroy said. “I think all the guys have reached out to him. Hopefully if things go well over the next week or so, he might be able to get home and start recovery at home, which would be great for him. See his kids, see his family.

McIlroy also said that Woods shot him a text message prior to the final round of the Arnold Palmer Invitational and after McIlroy posted a 76 on Sunday, Woods got in a little dig.

“He texted me some words of encouragement before the final round of Bay Hill on Sunday,” McIlroy said. “And things didn’t quite go to plan, and he was the first one to text me and be like, ‘What’s going on here?’ So even from the hospital bed, he’s still giving me some heat.”