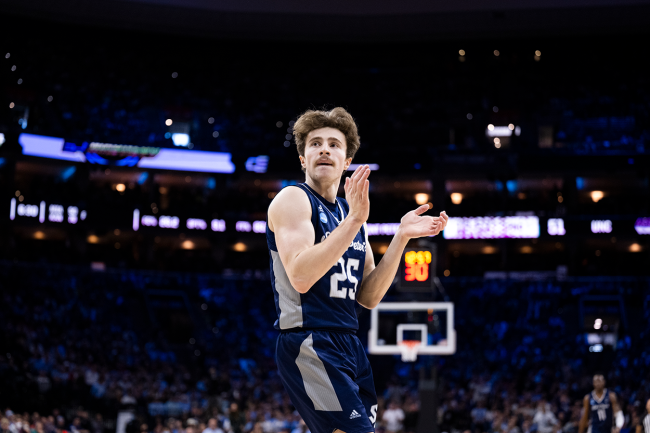 Saint Peter’s basketball is not just the Cinderella story of March Madness, they are NCAA Men’s Basketball Tournament national champions. Kind of.

When the 15-seeded Peacocks drew the No. 2 seed Kentucky in the First Round, the overwhelming majority of people assumed that the Wildcats were going to dominate the small school from New Jersey. Most people didn’t even know where Saint Peter’s was.

The SEC powerhouse had Oscar Tshiebwe, the national player of the year, on its roster and there was little hope for the small-school challengers. 97% of people who filled out a bracket picked Kentucky to win in the first round.

And yet, the Peacocks did the improbable and set brackets ablaze. That alone would have been remarkable. The insane salary gap between the two schools made it one of the biggest upsets of all-time.

And then they did it again, and again, and again. Saint Peter’s became the first 15-seed to reach the Elite Eight and truly wild stories about the program made their run even that much more impressive.

At the forefront of the Cinderella story was the mustachioed Doug Edert. He quickly became the breakout star of the tournament and the origin story of his incredible look makes it just that much better.

Although Saint Peter’s lost to UNC in the Elite Eight, but now the Peacocks can claim an NCAA Tournament title. Kind of.

No matter what happens during Monday’s NCAA Tournament final between North Carolina and Kansas, Saint Peter’s wins by transitive property.

After UNC beat Duke to advance to the national championship, Kentucky fans made everything about themselves. As they always do.

The Wildcats immediately started mouthing off about how their team beat both of the teams playing for the national championship by 28 points. But the Peacocks beat them.

Thus, Saint Peter’s is set to win a national championship by transitive property. Here are the breakdowns: