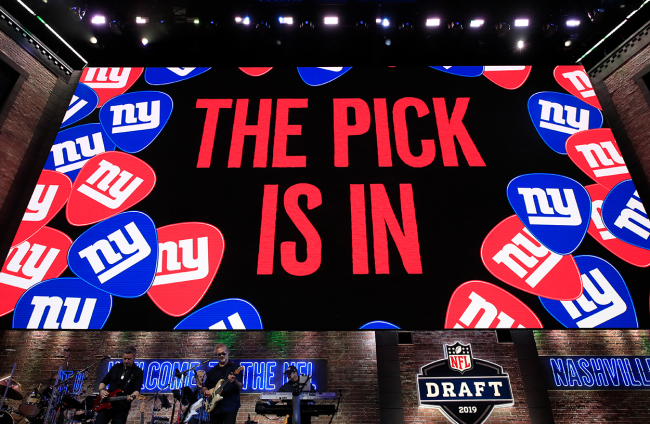 When the New York Giants announce the No. 5 overall pick in the 2022 NFL Draft on Thursday night, they will be joined by a special guest. Sam Prince will be on-stage to read his favorite team’s selection.

Prince is from Caldwell, New Jersey — about 13 miles away from MetLife Stadium — and has been a Giants fan since the day that he was born. Over the course of his life, Prince has battled a heart condition, received a heart transplant and is currently doing much better.

Throughout the difficult journey, the Giants have been there for him both literally and figuratively. Prince has cheered on his team every Sunday and got to virtually meet Andrew Thomas after the draft last year.

One thing that he has always wished for is to be on-stage at the NFL Draft, and now Make-A-Wish is making that dream come true.

To share the news with Prince, the Giants invited him over to the team facility earlier this spring. In a meeting with general manager Joe Schoen, new head coach Brian Daboll and future Hall of Famer Eli Manning, Prince never saw it coming.

Schoen tells Prince that the team needs someone they can “rely on to go to Las Vegas” and make the pick and asked if he would be “willing to do that.”

In response, all Prince can say is “yes sir” over and over as he jumps out of his chair with excitement and hugs everybody in the room. His reaction is pure joy.

Sam, your wish has been granted 💙

Our @WishNJ friend Sam Prince's wish was to announce a Draft pick live from Las Vegas. This week, we surprised him with the exciting news! pic.twitter.com/fsS2864yqO

The smile on Prince’s face is priceless.

No matter who the Giants end up drafting, Prince will undoubtedly receive a massive ovation from the NFL fans in attendance at the draft in Las Vegas.