Scott Van Pelt Reflects On Where We Are Now, One Year Since The Sports World Shut Down 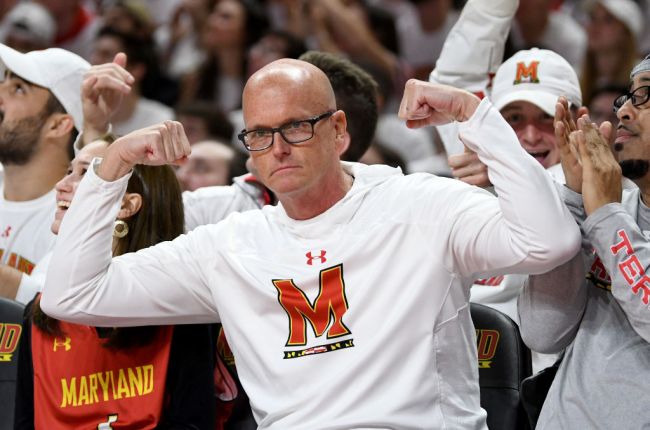 Wednesday, March 11, marked the one-year anniversary of Rudy Gobert testing positive for coronavirus two days after making a fool of himself touching all the mics in the media room. Within a 24-hour stretch between March 11 and March 12 both the NHL and NBA suspended their seasons, the NCAA Tournament was canceled, President Trump suspended travel from Europe to the United States, and the PGA Tour eventually shut things down after the opening round of The Players.

The second week of March 2020 will go down in history. It wasn’t a good time, a lot of people were worried, the unknowns heavily outweighed the knowns, and we didn’t know what the hell we were in store for over the next 365 days and counting.

Remember ‘it’ll take two weeks to flatten the curve’ and ‘the virus will be gone by the Summer?’ If only that were the case, but here we are.

The past year has been tough on everyone, and certainly harder for some than others, but there are reasons to be optimistic one year after the sports world shut down with vaccine rollout, immunity, and numbers continuing to improve. And, just to be clear, it’s okay to be optimistic, it’s okay to be happy, and it’s okay to express that happiness about the light at the end of the tunnel, we haven’t seen one for a year now.

Scott Van Pelt reflected on the past year in his ‘One Big Thing’ segment on Wednesday night’s SportsCenter.

He pointed out that some states are operating differently than others, that the Rangers will likely have a full stadium on Opening Day in three weeks, the Nationals won’t welcome a single fan, and the Orioles will welcome 50% capacity. He pointed that out as a reason for some to be optimistic, to signal ‘normal’ may be closer than some think. Van Pelt also expressed that if some people aren’t going to actually be optimistic until the positive cases and death rate from the virus are zero to be optimistic, well, those folks have some more waiting to do.

“With the number of available vaccines increasing and the number of people that have already gotten both shots we are seeing things ease,” Van Pelt said. “Not everyone’s optimistic, I get that, but if it has to go to zero for that to happen, then it’ll never happen. We’ve gotten used to a lot of things that seemed odd, but what once was feels like it’s around the corner, maybe, or at the very least on the horizon. It only took a year to get here, so let’s get, there.”