Shailene Woodley Talks About Relationship With Aaron Rodgers: ‘We Were Meant To Be Together’ 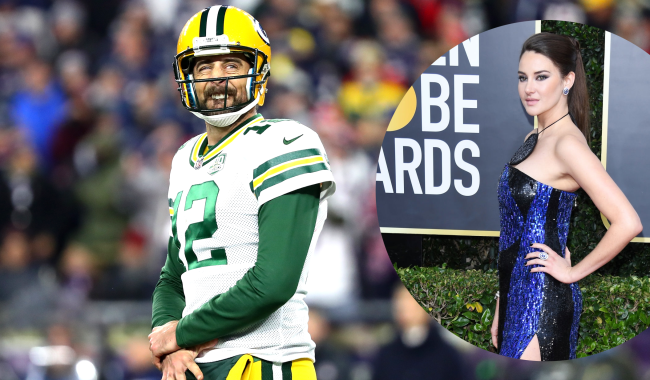 While everyone in and around Green Bay, Wisconsin waits and wonders where the greatest quarterback in the franchise’s history will be playing in 2021, Aaron Rodgers has been having the time of his life hosting Jeopardy!, launching new websites, and traveling all over the place and “cuddling” with his surprise fiancee Shailene Woodley.

Woodley, 29, was revealed to be Rodgers’ fiancee during the quarterback’s NFL MVP Award acceptance speech just months after calling it quits with Danica Patrick, was recently interviewed by Shape magazine and naturally, the subject of her relationship with Rodgers came up during the conversation.

“Starting a relationship where you immediately move in with someone — because it’s a pandemic and you can’t just get on a plane and go back and forth on weekends — taught us a lot about each other very quickly,” she says. “We jumped in headfirst and got some of the sticky bits out of the way early.” It’s not something Shailene foresaw in those first dark days of lockdown. “I was by myself with my dog and didn’t see anyone for three months,” she says. “It forced me to be still and quiet.” The captive introspection was “really uncomfortable” but worthwhile.

Seven months later, she and Rodgers would be hunkered down together in Montreal, she on the set of her next film, he binge-watching Jeopardy to prepare for a two-week stint as host. It helped that they could jell without the speed of their regularly scheduled lives, Shailene says, “but I have the perspective that I would have met Aaron in any context, any space in time, because I feel we were meant to be together.”

It doesn’t hurt that Rodgers is also an environmentalist — who happens to favor the aviators in the Karün by Shailene Woodley collection.

Also revealed in the interview and photoshoot for Shape magazine is the fact that Shailene Woodley exhibits much horse girl energy.

Because of course she does.