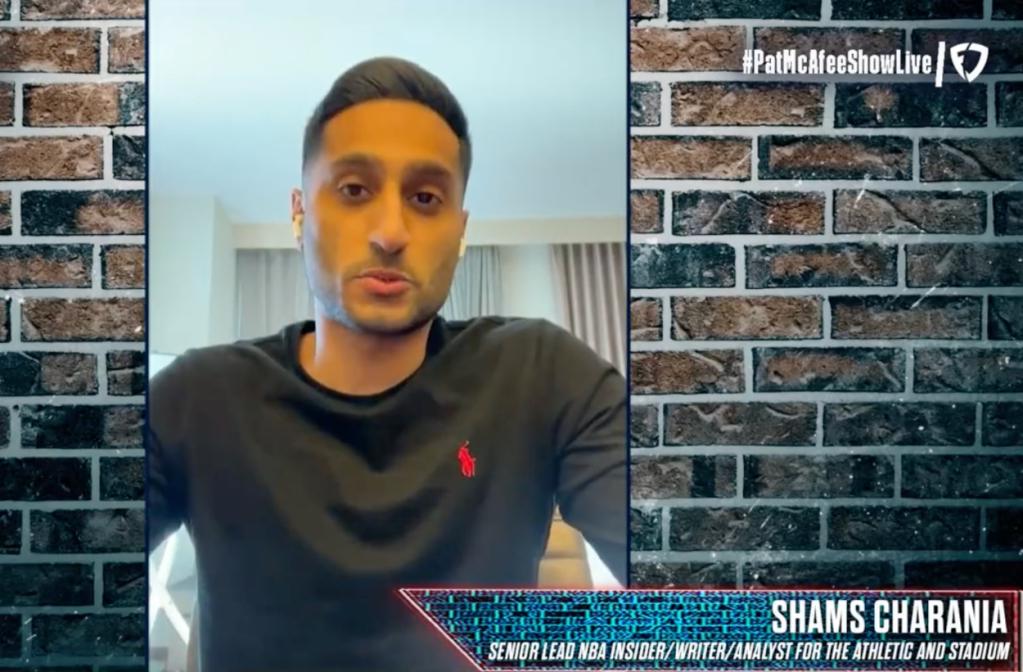 Some sweeping changes are coming to the city of New York as I’m sure many of you sports fans have heard by now. It was announced on Thursday by NYC Mayor Eric Adams the city was dropping the restrictions placed on athletes that weren’t being equally applied to fans in the stands. The Athletic‘s Shams Charania went on the Pat McAfee Show to talk about these changes.

When it was first announced a few weeks ago that some New York Yankees (and Mets) players would have to sit out home games just like Kyrie Irving has done for the Brooklyn Nets I knew change was imminent. The Yankees are larger than life. And it doesn’t even pain me to say that as someone who grew up hating the Yankees. It’s just a fact.

The Athletic’s Shams Charania went on the Pat McAfee Show this week to discuss exactly that. How the Yankees are one of the most influential sports organizations on the planet, significantly more influential to NYC than mayor Eric Adams even if he doesn’t fully grasp that. Shams also went on to name the handful of other teams that have similar power to the Yankees, where when their ‘status quo’ is challenged it invokes immediate change. Check it out:

Are the New York Yankees the reason why Kyrie Irving can play basketball in Brooklyn @ShamsCharania⁉️#PMSLive pic.twitter.com/veyJo1gvU2

Here’s a full transcript of what Shams had to say…

Shams Charania: “So in the official release today announcing this change with the exemption for the pro athletes and performers two teams were quoted, the Mets and the Yankees. There was no mention of the Nets. And I don’t know if that’s because of what happened at Barclay’s Center when Kyrie (Irving) showed up and all of the comments after the game.”

“I don’t know if it was that. I don’t know if the Mayor’s Office felt perturbed by that. I would doubt that. But with the timing of how everything happened, I’ve been talking to a lot of people and not just in the NBA, across all sports. And the thing that kept coming up is the Yankees are like the Cowboys and the Lakers and I guess the Knicks.”

“There are probably like five teams in America, or even the world, that you can put in. And if you mess with them, or if you do anything to kind of jeopardize their position, I don’t know how it would have went over.”

“I was told, everyone talks about Aaron Judge, but I was told there were like 4 or 5 major players on the Yankees that are not vaccinated. I’m not talking the 8 or 9 hitter. I’m talking top of the line, pitching. So if you’re talking in those terms… I will say this, if you’re the city. Just think about it, imagine shutting out the Yankees… And the Mets obviously. I’m not big at following the MLB on a daily level but I’ve been told the Mets have a team that they feel will be competitive this year. If they feel that way and the Yankees are obviously the Yankees, it’s tough (for the city).”

“Opening Day is on April 7th, I personally don’t think that it was a coincidence that this all happened at once. And obviously what the Mayor said today is was about ‘leveling the playing field’ and I agree with that. And I think this is something the Mayor has spoken about. Adam Silver came out and spoken openly about it around the All-Star break that this is not a rule that makes much sense. Eric Adams said it. So I think it was the prevailing thought and it was just a matter of time. But the private sector mandate, the worker’s mandate, still exists in New York City. It’s just for the athletes that they’ve lifted it.”

It is interesting that Shams Charania threw in that bit at the end about how all of the talk was about Aaron Judge (and Kyrie Irving). But his anonymous sources told him some of the Yankees’ ‘top of the line’ players including pitchers would have had to sit out home games unless Eric Adams came to realize he was outmatched by the New York Yankees.

“Everyone talks about Aaron Judge, I was told there were like four or five major players on the Yankees that were not vaccinated. I’m not talking the eight, nine hitter. I’m talking top of the line, I’m talking pitching.” 🤔

Interestingly, the New York Yankees and the Mets are tied right now at +1000 odds to win the World Series this season. The AL East is going to be STACKED with the Blue Jays, Yankees, Red Sox, and Rays all expected to compete for spots in the MLB Playoffs.