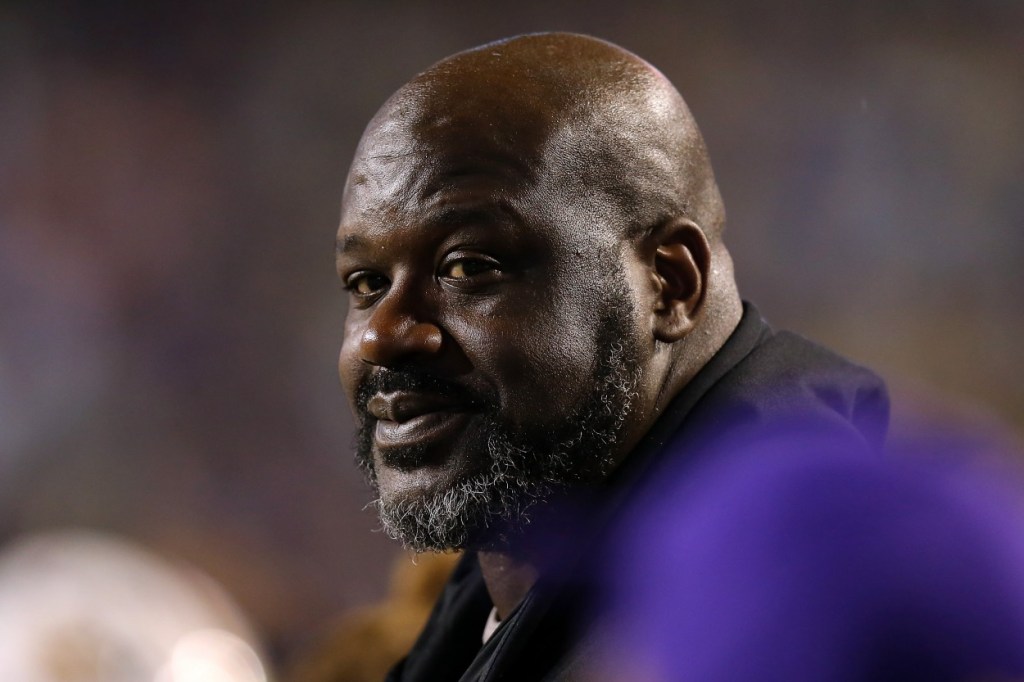 The Dallas Cowboys were eliminated from the NFL Playoffs on Super Wild Card Weekend by the San Francisco 49ers who pulled off their first postseason win against Dallas in SF’s history. It was probably the most talked bout loss of the Wild Card Round because of how it all ended (and sad Cowboys fans going viral as memes).

Dallas head coach Mike McCarthy called the QB sneak and Dak ran it down and the Cowboys couldn’t get set in time before the clock ran out. Game over. Cowboys lost. And McCarthy has adamantly defended his decision to call the QB sneak despite it failing when the Cowboys could’ve won the game. Mike doesn’t seem worried about his future with the Cowboys despite Jerry Jones sounding VERY fed up.

Shaq Has The Perfect Coach In Mind To Replace Mike McCarthy

“I’m putting this out right now. Deion Sanders is the next head coach for the Cowboys. Jerry Jones, this message is from Shaquille O’Neal Incorporated, Deion Sanders for the next coach to Cowboys.”

“You want the Dallas back rocking. Bring Deion to the fold. Deion will hold those players accountable. Deion Sanders for the next Cowboys coach. Put it out, Tweet it, dammit. TikTok it, Instagram it, OnlyFans it, put it out.”

Shaq wants Deion Sanders to the be the next Head Coach in Dallas 👀 pic.twitter.com/9Y3xFyaUQy

Is Deion Sanders Ready For The NFL?

Deion Sanders gets an awful lot of chatter for a guy who was coaching high school football less than two years ago. Neon Deion is 15-5 in two seasons with Jackson State (4-3 and 11-2) but JSU got completely dominated in their bowl game by the 7-5 South Carolina State Bulldogs.

Prime did pull in one of the nation’s top recruits after swaying him away from Deion’s alma mater FSU at the last minute. He’s got some great things going at Jackson State. But does anyone in their right mind think Deion Sanders is ready to coach at a bigger college yet let alone in the NFL? Let’s see some experience first before turning over the keys of the Dallas Cowboys after firing Mike McCarthy.

You can listen to Shaq’s podcast here if you want to catch the full episode.