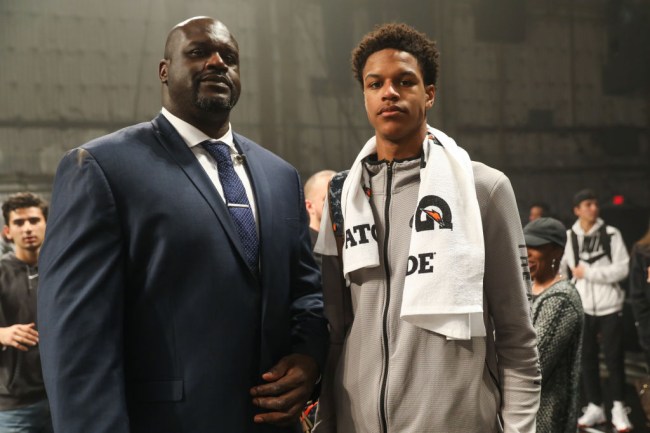 UCLA freshman Shareef O’Neal’s recent routine checkup with a doctor likely saved his life. The highly-touted power forward and son of NBA legend Shaquille O’Neal will be forced to forgo his freshman season with the Bruins after a doctor uncovered “a medical issue dealing with (his) heart” that will require major surgery.

“Freshman Shareef O’Neal will be sidelined for the 2018-19 season (medical). He will remain enrolled in class and on the men’s basketball team during this redshirt year. The UCLA men’s basketball program completely supports Shareef and his family as he gets this issue resolved.”

Although the 18-year-old Top 100 prospect didn’t reveal the specific issue, the heart is a fickle organ and issues with it should never be downplayed. Just six months ago, 26-year-old NBA G-League player Zeke Upshaw collapsed during a game and died in the hospital two days later. Doctors would later reveal that Upshaw died from cardiac arrest.

Blessed to be here living today, one of those moments on the court could’ve been my last… I will be back basketball world .. just wait on me ❤️ I’ll miss you this year but you will always be with me ❤️ https://t.co/YP4zZwg1FF

O’Neal, who was one of UCLA’s top recruits in the class of 2018, told TMZ that the impending surgery is “just a bump in the road” and he’ll be back in “no time.”

I can’t imagine how scary that would be, to go into a doctors office thinking he’s just going to hit you in the knee a couple times and cup your balls only to have him tell you that you need to undergo open heart surgery. Life comes at you fast. Best of luck to Shareef to get back on the court ASAP.