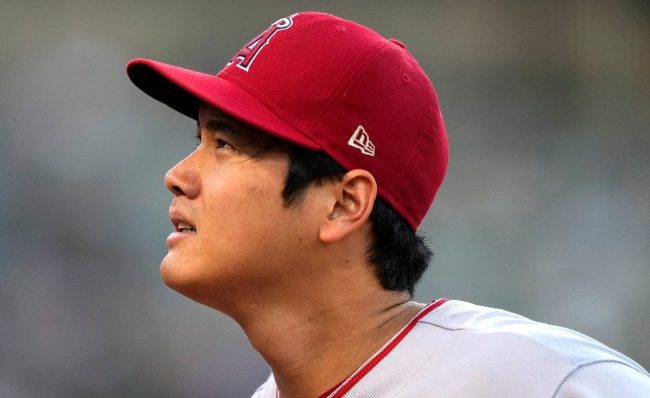 Although the Los Angeles Angels haven’t done much to support their superstars, Mike Trout and Shohei Ohtani continue to break baseball’s greatest records. Ohtani has been a spectacle since joining the MLB in 2018. However, the Angels star is now putting up numbers we haven’t seen since the legendary Babe Ruth.

According to Sports Center, Ohtani and Ruth are the only two players in MLB history to record at least 10 home runs and 10 wins in the same season. Additionally, Bullet Rogan and Ed Rile both achieved this stat while the Negro League was still active.

According to the Angels, two players from the Negro Leagues also reached the milestone: Bullet Rogan (1922) and Ed Rile (1927). pic.twitter.com/Qwwmyu5cst

It’s absolutely insane what Shohei Ohtani does on the baseball field. He’s one of the most electric hitters in baseball right now while simultaneously serving as the Angels’ ace. Two-way players are extremely rare in the MLB and Ohtani is performing at the highest level at the plate and on the mound. The Angels have got to feel great having him on the team.

These types of stats tend to pop up rather frequently for Ohtani, as some fans poke fun about his greatness. He is one of the league’s best superstars without questions and it’s exciting to think about what his stat line is going to look like once he retires down the road.

We might be witnessing one of baseball’s greatest players right now, which is insane considering how old the history is for this sport. We’ll see if the Angels can actually build a roster around him though, as he is due to hit free agency by 2023.