Sorry, Haters, But Skip Bayless Is About To Get Even More Money From FOX For Being An A+ Troll 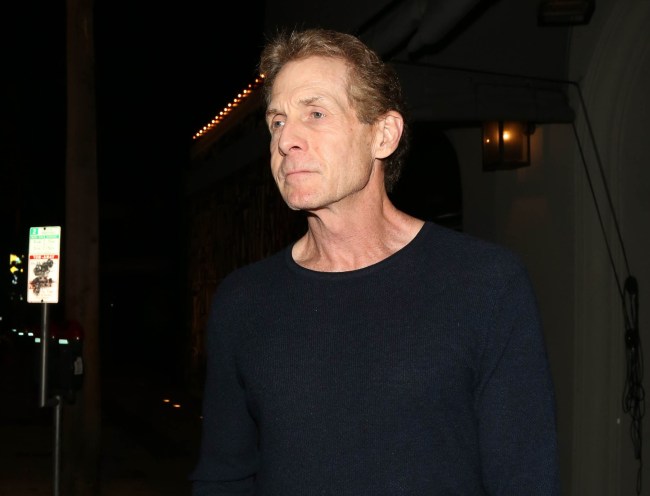 Skip Bayless is, arguably, the biggest troll in the sports media world, as the FS1 personality often ruffles feathers and straight up pisses people off with his hot takes every day on the show Undisputed. And while the 68-year-old Bayless may have even outdone himself with the comments he recently made regarding Dak Prescott’s depression following the death of the Cowboys QB’s brother, it doesn’t seem as if they’ll impact his upcoming contract negotiations with FOX, per sources.

That’s according to Front Office Sports‘ Michael McCarthy, who detailed some information regarding Skip’s soon-to-come expiring contract with the network, which was originally signed in 2016 after FOX poached Bayless from ESPN for a whopping $5.5 million over four years (which included a $4 million signing bonus).

From a reliable source: Fox Sports is paying Skip Bayless in neighborhood of $5.5 million per for four years, plus a $4M signing bonus.

Per McCarthy, while most networks don’t get this far down the line when it comes to a talent’s contract — and, from the report, the Prescott remarks did cause a “bump” in negotiations — Skip Bayless is still in line to get a raise from FOX. What that increase in salary might be isn’t yet known, but considering he earns $5.5 million at the moment for being an instigator in bad takes, it sure does pay to be the “bad guy” in sports media.

There have been talks about Bayless reuniting with his former TV partner Stephen A. Smith at ESPN’s “First Take.” The former sparring partners call each other their “brother from another mother” and have made no secret of their desire to work together again.

But the pending TV free agent wants to stay with FS1 in Los Angeles and Fox executives want to keep Bayless, sources said.

Still, nothing is finalized yet. The negotiations between 68-year-old Bayless and Fox are going right down to the wire since his current contract is set to expire this month, said sources.

Although Skip Bayless never apologized for his comments regarding Prescott, FOX did release a statement saying that, while they didn’t agree with the outspoken analyst’s opinion, they did support him — which seemed to be a sign that a contract extension is sure to come.

“At FOX Sports, we are proud of Dak Prescott for publicly revealing his struggle with depression and mental health. No matter the cause of the struggles, FOX Sports believes Dak showed tremendous courage which is evident in both his leadership on the Dallas Cowboys and in his character off the field,” the network said in a statement. “We do not agree with Skip Bayless’ opinion on ‘Undisputed’ this morning. We have addressed the significance of this matter with Skip and how his insensitive comments were received by people internally at Fox Sports and our audience.”

Despite the insensitive remarks, Undisputed‘s audience reportedly grew by hundreds of thousands following Bayless’ take on Prescott, so, while FOX can play the company line on this one, deep down, the controversy led to more viewership; which, ultimately, is what Skip’s paid to bring in.