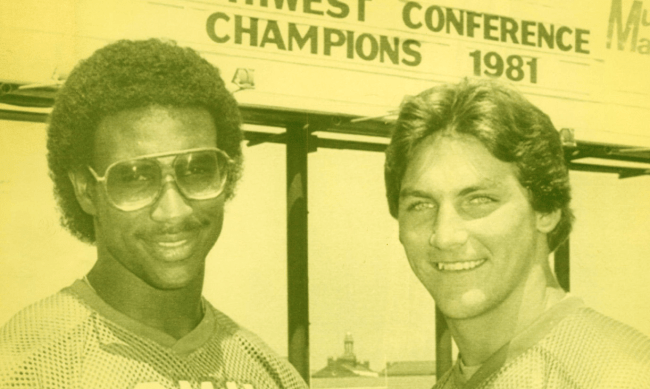 Back in the days before NIL (Name, Image and Likeness) money, the SMU Mustangs football program was significantly ahead of its time.

Back then, Southern Methodist University boosters were funneling thousands of dollars to the team’s players, resulting in the Mustangs running up a 49-9–1 record from 1980 to 1984, the highest winning percentage in Division I-A football over that time period.

Sure, they got the death penalty and spent two decades rebuilding the program, but heck, they were far from the only college football program that conducted business that way.

Former SMU star running back Eric Dickerson, one of the most well-paid college athletes at the time, said in a 1987 speech that he was once offered $50,000 in cash by a recruiter to go to another college. He claims he didn’t take it, but did admit to accepting a gift from Texas A&M: a gold Trans Am.

“They knew I wanted this car, and A&M was pushing hard, talking to everybody in my family,” Dickerson told PFT Live in February. “They had me go down to [the dealership] right there off of I-10 and said, ‘Hey, I wanted to look at a car.’ I go down there with them and make a long story short, they come back like, ‘OK, here’s the keys.’ I’m like, ‘What?’ They’re like, ‘Just take the car.’ I’m like, ‘Cool, I get a new car?’

“I got the car and I won’t forget I asked my mom I said, ‘Momma, how did they get this car?’ She said, ‘Don’t you worry about it. Know this here, you’re not going to get in any trouble behind this car.’ I said, ‘Okay.’ Years later after I finished playing pro football, I asked my grandmother I said, ‘Why did I get that car?’ She said, ‘Eric, we paid for that car. We paid for the car — and they gave us money back for the car.’ That was it. They gave them the cash back. So that’s it.”

The best part of the story, of course, is the fact that Dickerson kept the car and still didn’t play for the Aggies.

Throwback Thursday! Since everyone was talking about what my Grandma bought me, here ya go. #TBT pic.twitter.com/Bicz1XLTL0

Nothing like reminding everyone that your program got the death penalty for cheating back in the day to draw new recruits, right? Perhaps they should also show ESPN’s “30 For 30” called Pony Excess to top prospects too.

Not that fans mind. In fact, most of them absolutely love the stones on whoever at SMU came up with the graphic, and approved it!

Give your social media coordinator and graphic designer both raises.

As an Aggie, I respect the game 👊

I thought Eric's grandmother bought him that Trans Am? 🤔

The Southwest Conference is back! pic.twitter.com/y9B2uQG8UW