After Vowing To Close His Betting Account, A British Man Put His Last Quid Into A 20-Leg Parlay And Won Nearly $15,000 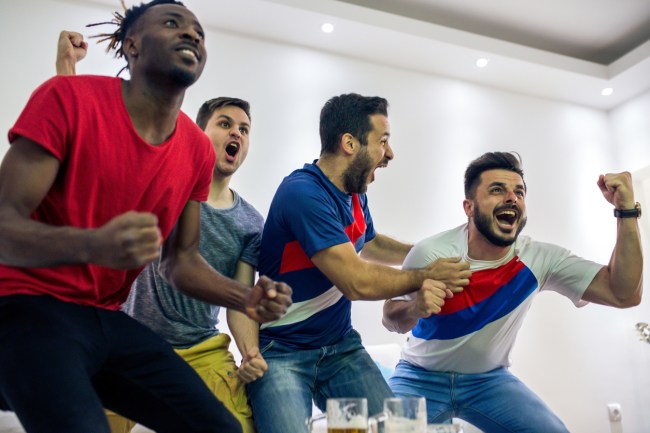 The best things in life come when you least expect them, especially in the sports betting sphere. We’ve all spent hours putting together a parlay that simply can’t lose, only for it to crash and burn miserably in the first match and we’ve all thrown together a “Hail Mary” parlay that cashes in for a huge payout. More often than not it’s the former, rather than the latter, which always leaves us contemplating whether to give up gambling all together.

Well, that is exactly what happen to the father of 22-year-old former Wolverhampton youth team player Adam Osbourne over the weekend. In a tweet, Osbourne shared that his dad was planning to close his gambling account, but had 63 British Pounds remaining in his account. Before shutting it down, he put his remaining balance on a 20-leg soccer parlay that included top-flight games in England and Scotland, as well as matches in Denmark, Sweden, Croatia, Argentina and a few others.

It didn’t take long for the parlay to get dicey. In just the second match out of 20, in the Cypriot First Division, AEL Limassol scored in the 84th minute to beat AEK Larnaca, a bet with 10/11 odds. However, as the slate rolled on, the man’s picks kept winning. Another tight encounter went his way as Atalanta defeated Fiorentina inside the last 20 minutes and he went 19 for his first 19. The final match, in Spain’s second division, was tight well into the second half before Espanyol scored the winner in the 73rd minute to make the massive parlay a winner.

Osbourne tweeted his father’s picks and his reaction to the parlay hitting and it’s pure bliss.