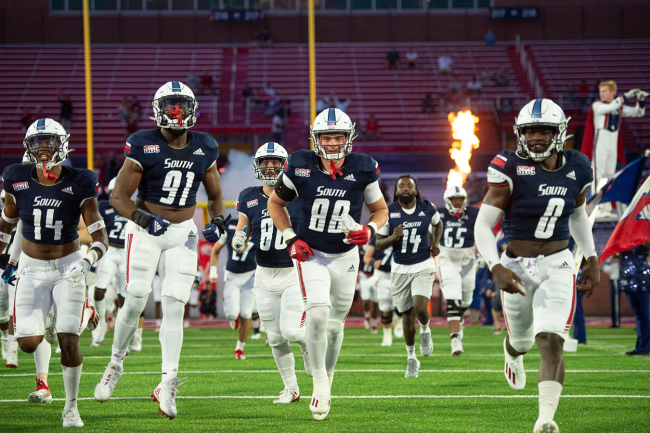 South Alabama football has not had a winning season since it joined the Sun Belt Conference in 2012. That isn’t stopping the Jaguars from bringing the drip.

On Friday afternoon, USA football released its new helmets that they have been rocking during spring practice. The Mardi Gras-themed lids are not only some of the best alternate helmets in college football, but they take a direct shot at New Orleans.

While most people would associate Mardi Gras with The Big Easy, and rightfully so, the good times also roll in Mobile, Alabama. Mobile was once the capital of French Louisiana and technically held the first Mardi Gras as we know it today.

In 1703, Frenchman Nicholas Langlois hosted the first carnival-like celebration in Mobile, Louisiana. The current traditions of Mardi Gras of masked balls, parades, floats and bead throws, as you would know most prominently from the New Orleans today, was actually a thing in Mobile first.

Thus, while most people would attribute Mardi Gras to the Crescent City, the celebration in Mobile continues to be as big and fun as it always has been. And now the Jaguars are paying homage to that notion.

The South Alabama helmets feature the original date of the “first” Mardi Gras and claim Mobile to be ‘The Home of Mardi Gras.’ That is obviously a big statement and a direct shot at New Orleans, but technically, it’s right.

Maybe these new helmets will help propel South Alabama to a winning record?