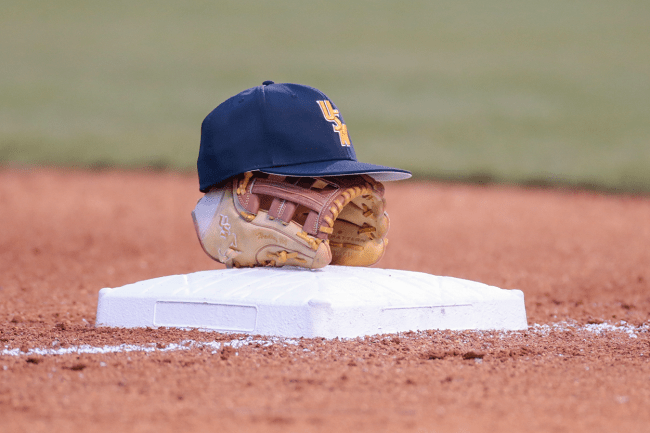 When it comes to college baseball in the South, it’s more of a religion than a pastime. This year in particular, perhaps with the MLB season in limbo, the passionate fanbases are showing out in droves to support their programs.

Multiple schools set attendance records during their opening weekend series, which is incredible for the growth of the game.

Things you love to see. 📈 pic.twitter.com/pPBDd1Y18L

While the product itself isn’t always as skilled or technical as the MLB, high-profile matchups are ofteLntimes more intense than that of their professional counterparts. And much like with football, the game is about something bigger than just a paycheck and there is more excitement and fanfare that comes with every moment.

Just this season alone, Arkansas’ fun-hating head coach has gone on a hilariously angry tirade about “shenanigans,” Arizona savagely pimped a massive home run in slow motion, an insane ump show denied ECU a walk-off dinger, Ole Miss students threw a LOT of beer into the air, Tennessee debuted its new cocky home run prop, an LSU outfielder debuted his glorious mullet, Virginia Tech brought back its Home Run Hammer, and the Ragin’ Cajuns drank the stadium out of $2 Natty Light in an insanely short amount of time. And that all took place during just the first three games of the year.

On Tuesday, the Southern Mississippi Golden Eagles got in on the fun.

Southern Miss is a historically strong program. The Mustard Buzzards are consistently ranked in the Top 25, and are a dangerous program out of Conference USA when it comes time for the postseason.

Although they lost to South Alabama in extra innings, Southern Miss debuted its new home run light show. It is so obnoxious in the best way possible.

Whenever a ball leaves the park for the home team, a loud, lengthy train horn sounds as the lights go crazy.

While it is undeniably irritating for the away team, it is such a fun thing to get excited about and rally behind for Southern Miss.

The home run light show and accompanying train horn is everything that college baseball should be. Loud, proud and passionate with just a liiiiitle bit of arrogance.