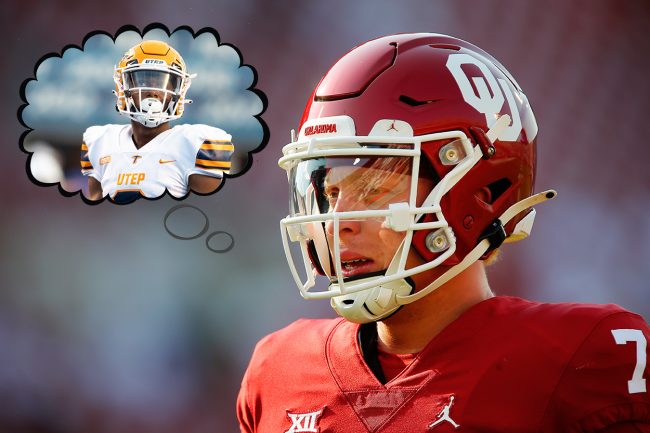 Spencer Rattler’s 2021 has been anything unlike he could have imagined. In fact, that notion is likely true for most of the world.

Rattler, who began the year as a Heisman Trophy candidate, was benched in Week 6 and hit the transfer portal after the regular season. The former five-star, No. 1 overall quarterback recruit was hoping to show out at Oklahoma this fall and enter the NFL Draft as a high pick.

Instead, the 21-year-old was forced to show maturity in the backup role and solidified himself as an immediate starter. On December 13, Rattler committed to play his 2022 season at South Carolina.

His decision came down to a very unique recruiting pitch from offensive coordinator Marcus Satterfield. It was also, in large part, due to his fit in a scheme that could re-elevate his game.

Now, 15 days later, Rattler is already on the recruiting trail on behalf of the Gamecocks.

On December 21, UTEP wide receiver Jacob Cowing entered the transfer portal. The former two-star recruit blossomed into a weapon with the Miners.

Over the course of the 2021 season, Cowing ranked seventh nationally with 1,354 receiving yards. More impressively, he made ridiculous plays like this.

He also has some serious wheels.

And he can break ankles with the best of them.

Of the (at least) eight schools that have offered Cowing, seven were from Power 5 conference schools. Oregon LSU, Mississippi State, Virginia Tech, Liberty and South Carolina were among them.

Rattler likes the idea of having Cowing to throw to and let him know that he wants him in Columbia next season.

A Rattler to Cowing duo could be very deadly. Will Rattler’s pitch work?