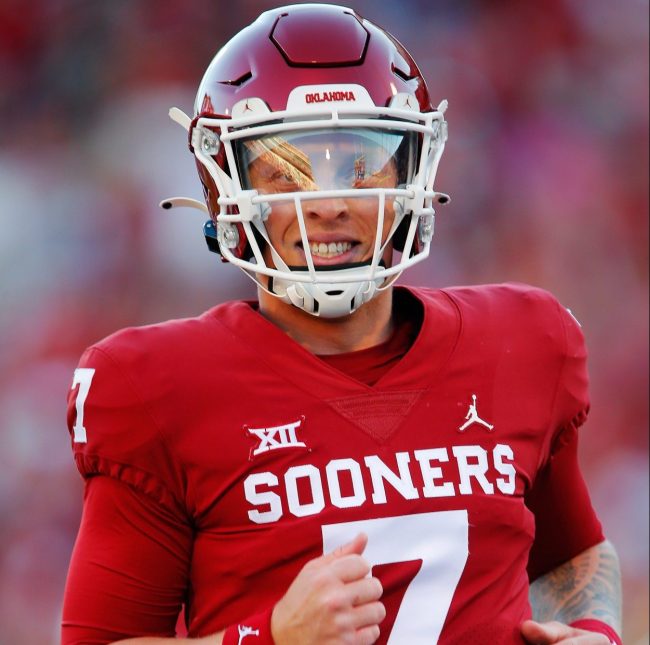 South Carolina football received some huge news on Monday night and first-year head coach Shame Beamer locked down his immediate future at quarterback. After a tumultuous four and a half months, Spencer Rattler is headed to Columbia.

South Carolina went a combined 6-16 in 2019 and 2020, but saw the momentum start to swing with a 6-6 record in 2021. This season will end with the Duke’s Mayo Bowl against cross-state rival North Carolina on December 30th and Beamer’s team has a big opportunity to make a statement.

Looking ahead to 2022, the Gamecocks could make a little bit of noise.

Here is a look at next season’s schedule:

If Rattler shows up on the scene and balls out right away, an eight-win season is very attainable. Nine wins isn’t a stretch and ten wins isn’t necessarily out of the picture.

Based on the games in which South Carolina should be victorious, five wins are easily attainable. Tennessee and Georgia are likely losses. That’s 5-2 for those keeping track at home.

From there, wins over Florida, Kentucky and Arkansas early in the season gets Rattler and the Cocks to eight. A home upset of Texas A&M gets them to nine.

A rivalry win over a Clemson team that should bounce back from a “down” year in 2021 is unlikely but not far-fetched if Rattler is in Heisman Trophy contention. That would be ten wins.

Rattler’s move to the SEC made a lot of sense.

Prior to taking the South Carolina job, Beamer was the assistant head coach and tight ends coach at Oklahoma. He was involved with Rattler’s recruitment to some extent and had a relationship with the 6-foot-1, 190-pound former five-star, No. 1 overall recruit in Norman.

Rattler reportedly took a virtual visit with the staff in Columbia last week and made it all-but a done deal. An invitation to join Lane Kiffin’s last recruiting weekend in Oxford may have been extended, but it is unclear whether he was in town.

Regardless of where he visited or where he considered, the wild journey out of Norman is over. Joining him at South Carolina is former Sooners tight end Austin Stogner, who also entered the transfer portal after the season.

In three years with the Sooners, Rattler attempted 515 passes, completing 361 for a 70.1% completion percentage. He threw for 3,031 yards and 28 touchdowns with seven interceptions in 2020 and finished the COVID-19 shortened regular season with a 9-2 record after a dominant Sugar Bowl win over No. 7 Florida.

As a result of his success as a redshirt sophomore, Rattler began the 2021 season as a Heisman Trophy candidate.

And then things got crazy.

Rattler was booed by his own fans in the fourth game of the year as they chanted for the backup to come in. Oklahoma had barely survived Tulane in Week 1, almost lost to Nebraska in Week 3 and scraped out a three-point win over West Virginia in Week 4.

All three games were one-possession wins and that trend continued against Oklahoma in Week 5. Rattler did not play particularly well in any of the first five games.

When the Sooners fell behind 28-7 to Texas early in Week 6, head coach Lincoln Riley went to the bench. True freshman Caleb Williams took over at quarterback and led the largest comeback in Red River Shootout history.

The decision wasn’t necessarily final, but Rattler was visibly upset on the bench and the relationship between he and his program was tarnished. Despite the clear frustration on his face, he showed maturity in the backup role for the remainder of the season.

But he was still bound to transfer.

As the decision loomed, there was a slight quarterback controversy in Norman. Williams lost two games as the starter and Rattler quietly secured a future as an immediate starter.

And then when the regular season came to a close, he immediately hit the transfer portal. Now, exactly 14 days later, he has made his decision.

Rattler is headed to South Carolina.