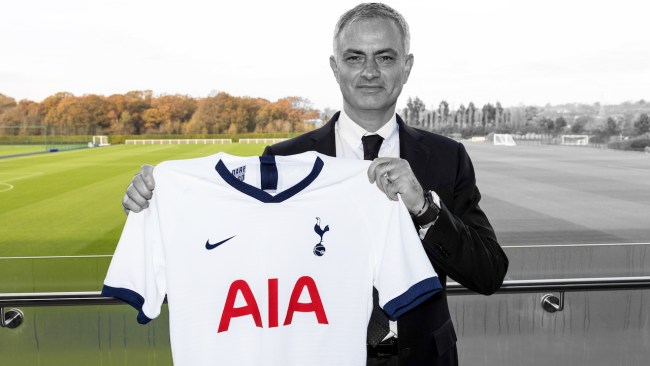 “Making a deal with the devil.” Similar to “quid pro quo” or “to all intents and purposes” or “in and of itself”, it’s one of those common phrases that we all inherently understand but don’t quite know exactly what it means.

Sometimes you make a moral comprise. Sometimes you bargain your decency. Sometimes you stand upon the shoulders of others. Sometimes you sell your soul. You see, there is no one type of deal that can be made with the devil — we all have that option buried in the darkness within us and he’ll accept any offer we’re willing to give him so long as it comes at the cost of personal sacrifice.

Earlier this week, following the abrupt, shocking, yet still likely necessary firing of Mauricio Pochettino, perennial top-six Premier League club Tottenham Hotspur hired Jose Mourinho, the “Special One”, to be their next manager.

If even if you don’t follow football on a weekly basis, you’ve likely heard of Jose Mourinho. The man who managed Ronaldo during the peak of his career at Real Madrid, Mourinho is, unquestionably, one of the most successful managers in the world, as he has Premier League, La Liga, Serie A, and Champions League (one of which was one with Porto… fucking Porto) titles under his belt. Not to mention dozens of more trophies from various smaller competitions.

But for all of his undeniable success, Mourinho is equally infamous for his toxicity, as he’s never lasted at a club for more than four seasons. Similar to Bill Belichick, the man is a serial winner, but he’s also an unequivocal prick, and eventually, his stay becomes unwelcome.

However, unlike Billy Six Rings, Jose Mourinho’s coaching competency has come under fire in recent years, particularly during his highly-maligned Manchester United days. Known for his “park the bus” style, many have wondered if his defense-oriented play has become outdated in today’s world of high-press football made famous by the likes of Manchester City and Liverpool.

And not only has his on-the-field management style come into question, but his man-management has been equally as ridiculed, as it can be argued that Mourinho’s distinctly gruff and taciturn personality is explicitly antithetical to what today’s generation of talent is looking for.

Nevertheless, Tottenham struck a deal with the world-renowned manager so swiftly that one can only assume negotiations were previously ongoing. Not only did they make a deal with the devil, but they did it in less than a day and they’re paying him twice more than they did the last guy. The devil is many things and rich is certainly one of them.

But as is the case with most deals with the devil, its worthiness will eventually be determined by one thing and one thing only: its success.

If Spurs fuck around and win a Premier League or Champions League under Mourinho’s reign — which, in my humble semi-professional opinion, is certainly feasible if the squad get their defense together, as they have as quality of attacking talent as you could possibly ask for — then it’ll all be worth it. Worth it for Spurs’ owner, their players, Mourinho himself, and of course, the fans.

But if they don’t, they run the risk of having shipped to sea a truly beloved generational manager in Mauricio Pochettino only to replace him with a soul-sucking, team-shattering, venom-spewing, footballing icon that happened cost them twice what they were paying before.

There’s no denying that Spurs have made a deal with the devil. Now we just wait to see if it’ll all be worth it.