Climate-Change Study Shows St. Andrews, Other Parts Of Scotland Could Be Under Water By 2050 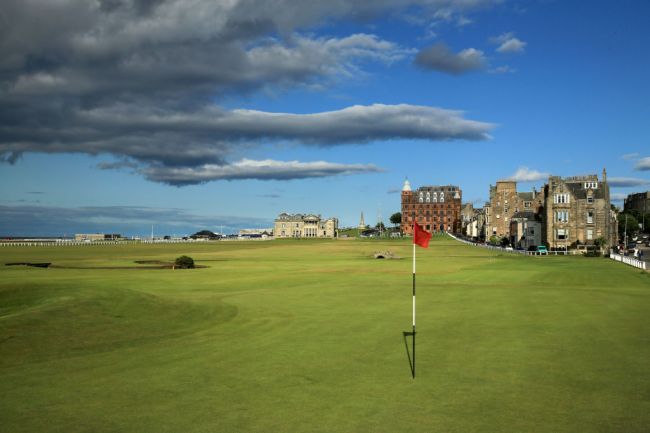 A new study released by Climate Central has predicted that large areas of Scotland, including St. Andrews Links, could be underwater by the year 2050. The predictions are based on the fact that there has been increased flooding and sea levels have been rising.

Climate Central, an organization that studies climate change and its impact on society, published that the widening of River Clyde would impact major areas west of Glasgow.

St. Andrews isn’t the only course in the Open Championship’s 10-course rota that could be severely impacted if these predictions are accurate, Carnoustie and Royal Troon could also see drastic changes in 30 years’ time.

Climate Central shared an interactive map, but did explain that the maps “incorporate big datasets, which always include some error” and that the maps should be regarded as “screening tools to identify places that may require deeper investigation of risk.” In other words, these, again, are just predictions.

As Golf Digest points out, the R&A – the governing body of golf in the United Kingdom – was made aware of these predictions back in 2018 when a similar study out of the Climate Coalition was released. The R&A started the Golf Course 2030 initiative to address these concerns.

The potential impact has drawn the attention of the R&A—the governing body of golf in the United Kingdom, and the organization that puts on the Open Championship—which started the Golf Course 2030 initiative in 2018. The goal of the project is to “consider the impacts, both positive and negative, of the changing climate, resource constraints and regulation on course condition and playability.”

In January 2020, the R&A pledged £650,000 to various sustainability projects in an attempt to proactively safeguard courses from the effects of climate change. The organization has also tapped Steve Isaac as its Director of Sustainability.

When it comes to the impact climate change could have on the world, how it could affect golf courses isn’t the first concern that comes to mind, but it an interesting dynamic to ponder. The Home of Golf potentially being underwater in less than 30 years is wild to even imagine. It honestly sounds like some sort of golf horror movie.