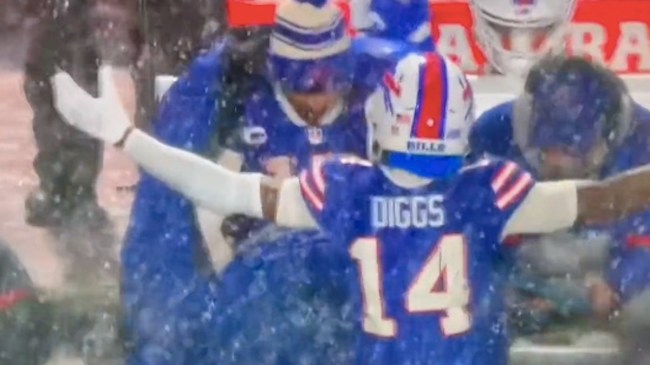 Buffalo Bills wide receiver Stefon Diggs, who made a fool of himself on Sunday by accosting quarterback Josh Allen during the team’s loss to the Cincinnati Bengals in the AFC Divisional Round, has hopped on Twitter to simultaneously address the situation and make himself look worse.

In a series of tweets sent around 5:45 p.m. on Monday, Diggs addressed the viral moment that saw him frustratedly yelling at Allen and took zero accountability for his actions, which were (to be clear): yelling at a coworker that’s widely considered to be one of the best in the world at what he does during a time that he needed support the most. 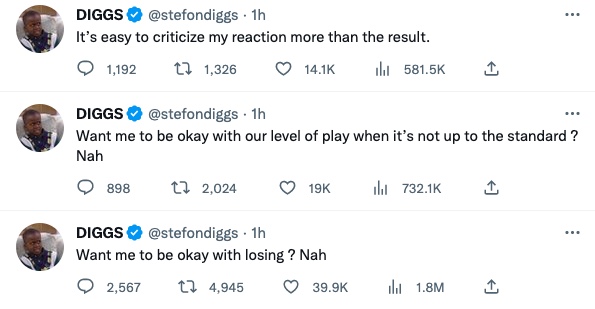 The tweets from Diggs only make the increasingly-diva-seeming wide-out look worse, as it shows cooler heads have failed to prevail despite no longer being in the heat of the moment. Diggs, who is in the midst of a four-year, $96 million contract that he signed with the Bills after the Minnesota Vikings decided to get rid of him, has clearly forgotten that Allen’s talent has helped him become one of the game’s best receivers.

In the AFC Divisional Round loss to the Cincinnati Bengals, Allen completed 25 of 42 passes for 265 yards and one interception, while also rushing eight times for 26 yards. As for Diggs, he caught four passes for just 35 yards. During the 2022 season, the 29-year-old Diggs hauled in 108 catches for 1,429 yards and 11 touchdowns in 16 games.