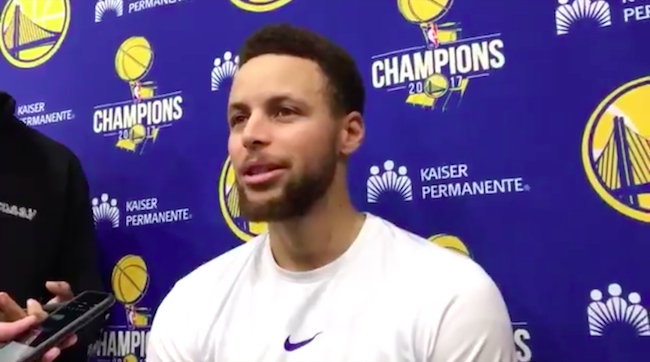 Last month, Carolina Panthers owner Jerry Richardson announced his intention to sell the team after he was accused of being one of the seemingly countless number of men who have recently been exposed for inappropriate conduct in the workplace. People almost immediately speculated who might want to purchase the franchise— names like Michael Jordan and Mark Cuban were among the many that were tossed around— but there was one fairly surprising person who threw their hat into the ring: Diddy.

Diddy had previously said he wants to buy the entire NFL, so it seemed pretty reasonable for people to assume his announcement was just another in a long line of publicity stunts. However, based on reports of his meetings with potential investors, it seems like Diddy is willing to use the purchase of a team as a jumping-off point before he turns his attention to acquiring the entire league.

A number of athletes immediately expressed interest in contributing to the cause— including Colin Kaepernick, who Diddy promised to sign if ownership was transferred to him (despite having Cam Newton at his disposal).

I want in on the ownership group! Let’s make it happen! https://t.co/sDR4ciciY8

Some people have estimated the Panthers will sell for up to $2.5 billion, and while all three men have a net worth that will make you feel bad about yourself, their cumulative assets don’t even come close to the asking price.

However, it appears Curry is making moves based on some of his recent comments.

Steph Curry continues to affirm that his goal of being part of new Panthers ownership is a realistic one pic.twitter.com/c3wXshv9rg

He shared his thoughts with reporters, saying:

“It’s a pretty interesting opportunity. I’ve been having conversations with plenty of people [about] the kind of— just the different approaches I can personally take. Obviously, I have a day job, but I got people who are plugged in and trying to see how to make that happen.”

Curry said he didn’t have much more to say before talking about it for another minute in a half. He pointed to his longtime fandom and relationships with current players as potential motivators before singing the praises of Diddy’s business acumen.

Richardson had to wait until the end of the Panthers season to officially put the franchise up for sale, which means the team is officially on the market after losing to the Saints on Sunday. If you want to help make Diddy’s dreams become a reality, I guess you should buy a bunch of bottles of Ciroc.