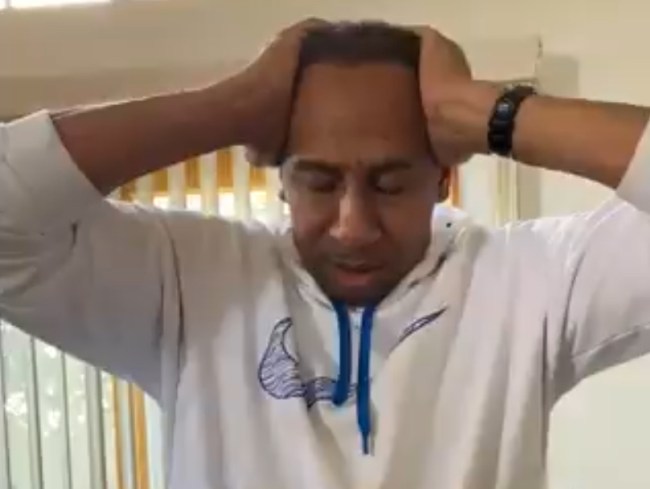 Stephen A. Smith is far from a Dallas Cowboys fan but the guy obviously cares about the safety and career of NFL players.

After Dak Prescott‘s horrific injury against the New York Giants on Sunday, Smith posted a heartfelt video to his Twitter account.

“Obviously this isn’t the time to joke about the Cowboys,” Smith starts the video.

Smith wishes Prescott nothing but the best and his heart goes out to him and wants a speedy recovery.

“But this is what I was talking about when I wanted that longterm deal for him,” Smith explains.

My heart goes out to @dak. pic.twitter.com/uh3Fs5pXLz

Prescott is scheduled to have immediate surgery tonight.

Some people were not as kind, like EaglesSuperfanEDP445, who called Prescott’s injury “karma.”

Fans are also blasting Jerry Jones after the injury.