Stephen A. Smith Gives Pretty Legit Argument As To Why Clippers Should Move On From Kawhi Leonard 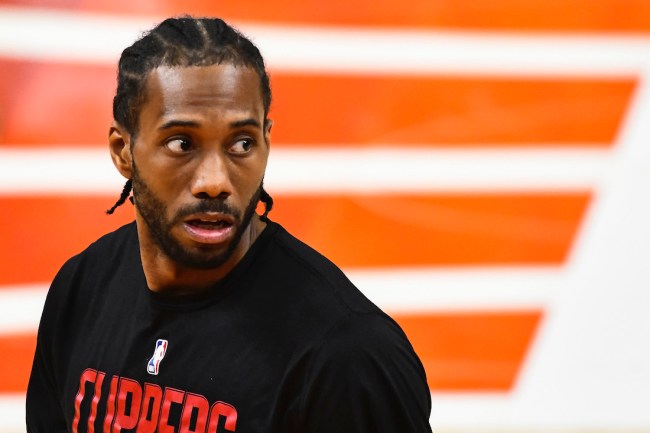 Stephen A. Smith is often a loud mouth who just spews all sorts of craziness anytime the camera’s rolling, putting on a show by screaming his head off to argue his point. After all, that’s Smith’s job — and he gets paid extremely well to do it — so it makes plenty of sense as to why it frequently happens.

But get Stephen A. away from the studio and out into the field and the guy shifts gears a little bit. Instead of debating with someone like Max Kellerman nearly every morning on ESPN’s First Take, Smith reverts back to his reporter/analyst days, providing plenty of insights on games and players.

Well, following the Los Angeles Clippers’ surprising Game 5 win against the Phoenix Suns in the Western Conference Finals on Monday, Stephen A. Smith decided to give a little thought on the future of one Kawhi Leonard — and it may include leaving the Clips.

In Smith’s opinion, the oft-injured Leonard isn’t necessarily the right superstar to build around moving forward. Not only is the All-Star chewing up a ton of the team’s salary cap following his free agent deal in 2019 — and has a player option for $36 million for next season— but he also has battled recurring injuries. This has caused Kawhi to become the poster boy of the whole load management movement in the NBA. Plus, Stephen A. thinks Leonard’s age (30) could be a deciding factor in determining his future in Los Angeles moving forward.

Talking on SportsCenter late Monday following the Clippers’ win in the NBA Playoffs, here’s what the ESPN talent had to say.

“Let me be clear about something. Kawhi Leonard is a top-five talent in this game. He is elite. But when you take into account the load management, when you take into account that his personality doesn’t actually gravitate towards leadership… then you combine that with the fact that he’s not necessarily reliable, at least this postseason. He hasn’t gotten any younger or what have you. You look at the elevation of Terrence Mann, this second year player, who clearly is not on Kawhi’s level, but if you look at the athleticism, the youth, the fervor, the “want it” mentality… and you’re talking about building a culture then I’m sorry. I think that it’s something that [Steve] Balmer and the crew have to think about long term.”

“I don’t know if it’s in the Clippers best interest to keep him [Kawhi Leonard].”

It may be an unpopular opinion by Stephen A. Smith, but he cites all sorts of solid reasons why the Los Angeles Clippers may be interested in moving on from Kawhi Leonard this offseason. Smith did add that a bunch of positive traits about Leonard — even calling him a top-5 talent — but the player’s often too injured to really be trusted.

Who knows how this postseason run by the Clippers will end? Is Kawhi Leonard’s most recent injury something he can return from to provide a spark in the Western Conference Finals? Could they shock the world and comeback against the Suns to reach the NBA Finals? Can they win a championship without their biggest superstar alongside Paul George? And what happens if the season ends, then what do they do with the core of this roster?

Stephen A. Smith seems to think the answer is moving on from Leonard, building around George and going with the team that’s performed well this NBA Playoffs without Kawhi. It would be a bold move — and one that goes against the current superteam trend in the NBA — but it might be the best move for the Clippers.