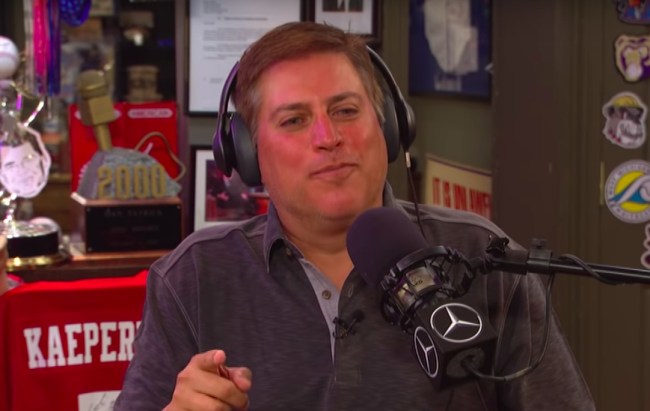 When you’re a 24/7 network delivering hours and hours of live television every day, it’s inevitable that at some point something isn’t going to go according to plan. Even the most polished personalities are going to slip up at some point— but I don’t know if anyone has ever done it better (or worse) than former SportsCenter anchor Steve Levy.

In 1995, Levy was tasked with giving viewers an update on the status of New England Patriots cornerback Maurice Hurst, who had been released by the team despite being injured at the time. The injury in question? A bulging disc, which would have made this a pretty innocuous segment if it wasn’t for one of the most legendary bloopers of all time.

This year marks Levy’s 25th anniversary at ESPN and he joined The Dan Patrick Show to reflect on his time at the network, and more importantly, give an in-depth recap of The Bulging Disc Scandal that rocked the nation to its core over 20 years ago.

According to Levy, this wasn’t a Ron Burgundy moment. He said the teleprompter was working perfectly but unfortunately his brain was not. However, getting to hear some of the other behind-the-scenes stuff makes this moment even funnier than it already was.

Levy said Keith Olbermann didn’t do him any favors when it came to helping him keep things together and that shortly after he misspoke a producer informed the two they were “killing” a segment about a dead figure skater, a moment of dark comedy that only led to more hysterics in the studio.

After the show, Levy was afraid he was going to get fired before an ESPN exec told him how funny everyone found it, and it looks like the only real fallout is that the former anchor routinely gets approached by random people who know him only as “The Bulging Disc Guy.”

I guess it could be worse.