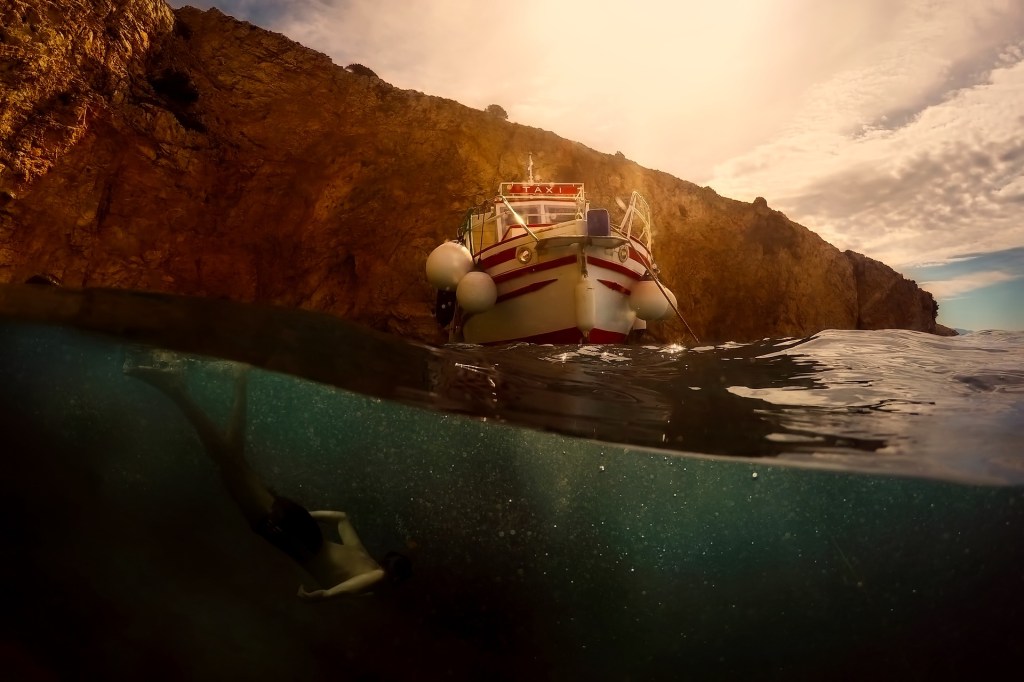 The closest I’ve ever come to attempting a breath-holding record was sitting in the swimming pool with my cousins as a kid and seeing who could stay underwater the longest. I’d almost always go over to the metal handrail on the steps and hold onto it to keep myself underwater by force even when my body was telling me it was time for air.

We’re not talking about a very long time. Most people can hold their breath for between just 30 seconds and 2 minutes. Navy SEALs run drills to learn how to hold their breath for between 2 to 3 minutes. But then there are the complete freaks of nature who train specifically to push their lungs and bodies to the limits. Danish free diver Stig Severinsen previously held the Guinness World Record for holding his breath underwater for the longest amount of time at 22 MINUTES. That record’s since been broken by Aleix Segura Vendrell who held his breath for 24 minutes and 3.45 seconds back in 2016.

Stig Severinsen didn’t hold that Guinness World Record for too long before it was broken but let that sink in for a moment, 22 MINUTES underwater while holding his breath. Unreal. Now he’s set another impressive world record by swimming the furthest distance underwater using a fin while holding his breath. He nearly swam the length of two football fields on one breath.

In total, he swam 202 meters or 663 feet all while holding his breath. You can see that he’s using a dolphin-like fin and is making very deliberate movements before gliding to ensure he’s maximizing the distance on each kick while ensuring he doesn’t force his lungs to work too hard as the oxygen rapidly disappears.

I watched this YouTube video on 2x speed and it still blew my mind. Stig was the first-ever person to hold his breath underwater for 20 minutes and now he’s pushed his body in a different direction. No human has ever swum further than this on a single breath. That’s it. That’s the record, 663 feet.

The previous record was 177 meters from Carlos Coste of Venezuela but Stig swam a full pool’s length (25 meters) further. Did I mention that Stig Severinsen is about to turn 48-years-old? The top freedivers in the world are typically in their early 20’s when their lungs are operating at peak capacity yet this dude is out there almost eligible for retirement (I think?) and he’s crushing world records. Absolutely amazing.

Stig Severinsen runs a website and training program named ‘Breathology‘ which has exploded in popularity worldwide so much that I’ve even heard about this on a group text with college friends before. It teaches breathing fundamentals and how to push your lungs further. It’s great training for surfers who are worried about getting caught under and having to hold their breath for extended periods of time. It is definitely worth checking out if you’re interested in techniques to push your lungs further.