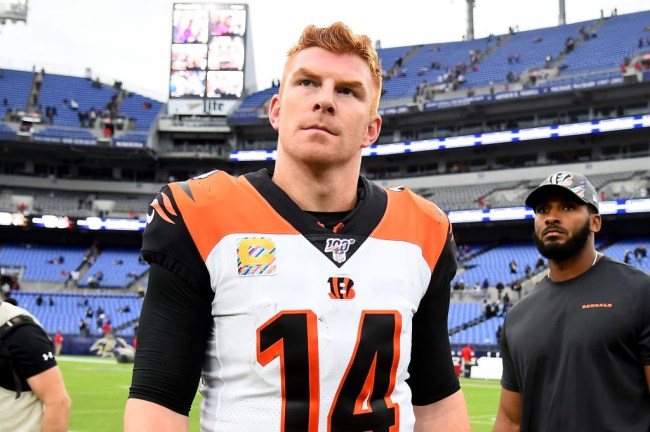 All of the evidence points to the Miami Dolphins being in full tank mode as the franchise prepares for a reboot but they still have one major problem to contend with if they want to land the first pick in this year’s NFL Draft: the Cincinnati Bengals.

The Bengals are currently winless and have lost eleven games in a row stretching back to last season, and earlier this week, they decided to shake things up when they opted to bench Andy Dalton in favor of rookie Ryan Finley, who will be in the pocket when they face off against the Ravens next weekend.

Dalton wasn’t exactly pleased with the announcement—which just so happened to come on his birthday—and shortly after, he ripped into the organization for waiting until just before the trade deadline to bench him, which meant he wasn’t allowed to explore his options.

Dalton is basically calling out Zac Taylor and the #Bengals front office. And he has every right to. The way they handled this feels like a big slap in the face… (to the nicest guy on the team) https://t.co/KYH7WTP6jT

However, Dalton can take a little bit of solace in knowing there are more than a few people who are sympathetic to his cause, as ESPN reports his foundation has seen a spike in donations (most of which have come in the form of $14 pledges in honor of his jersey number) to the tune of over $4,000 since he was benched.

The Andy and JJ Dalton Foundation was launched in 2011 to benefit children in Cincinnati and Texas (where Dalton grew up) who are undergoing various medical treatments.

Sure, it’s certainly bittersweet but at least the quarterback can take some solace in knowing his benching made a real difference for people in need.