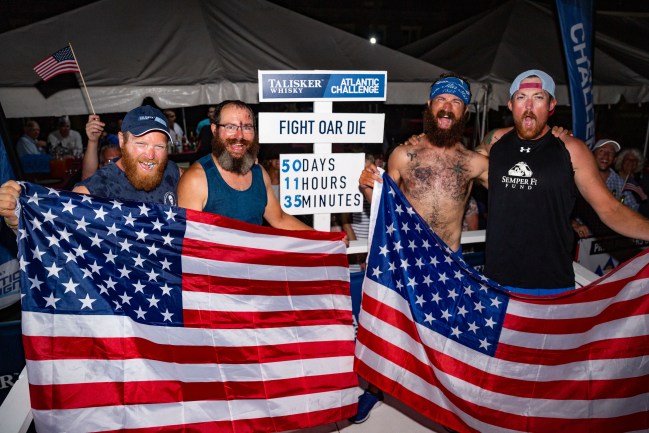 In 1492, Christopher Columbus departed from a port in Spain under the strict instructions of King Ferdinand and Queen Isabella to give them a cut of whatever riches he happened to come across once he sailed far enough west to find himself in Asia.

However, Columbus was forced to deal with a slight hitch in his plan in the form of a giant continent blocking his path and he subsequently famously became the first person to land in the New World (assuming you ignore the multiple Norsemen historians believed stumbled upon North America centuries before Columbus did).

Columbus and the crews manning the three ships that made the trip spent around 10 weeks without any land in sight during their journey across the Atlantic Ocean, and while they set out on the adventure on a quest for fame and fortune, there have been a ton of others since then who’ve decided to follow a similar route just because they could.

Around the middle of the 20th century, a few people decided to use impossibly small boats to cross an impossibly large body of water beginning with Alain Bombard, who departed  France in an inflatable dinghy without virtually any supplies in 1952 before landing in Barbados around four months later.

Last year, a group of American military veterans decided to do the same thing Columbus did over 500 years ago when they traveled to Spanish territory in the form of the unfairly gorgeous Canary Islands and charted a course for the West Indies as participants in the Talisker Whisky Atlantic Challenge.

While Columbus had a few sailboats at his disposal, the quartet of Carl Christensen, Luke Holton, John Fannin, and Evan Stratton—who made up the “Fight Oar Die” team—didn’t have the luxury of getting a major assist from the wind, as those competing in the endurance race are tasked with relying on their own manpower to row almost 3,000 miles across the Atlantic.

The group’s main motivation for taking part in the challenge was to raise awareness for PTSD and other issues veterans face when they return to civilian life. The men provided updates throughout their voyage, and on Monday, they announced they’d finally spotted land and spent the night celebrating their achievement once they arrived into port after over 50 days at sea. 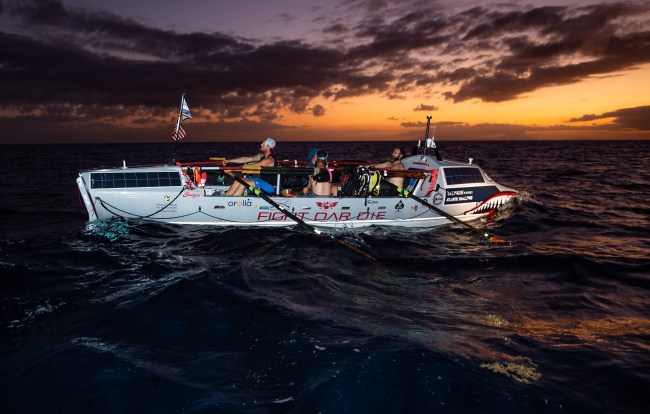 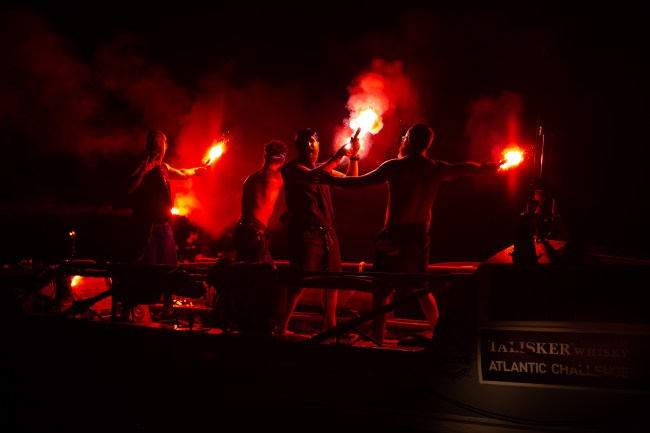 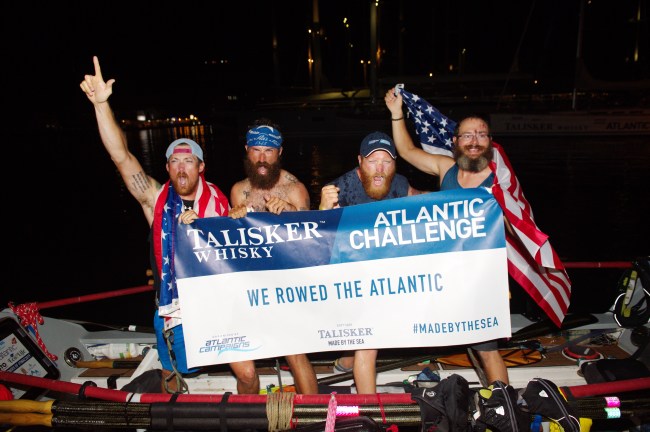 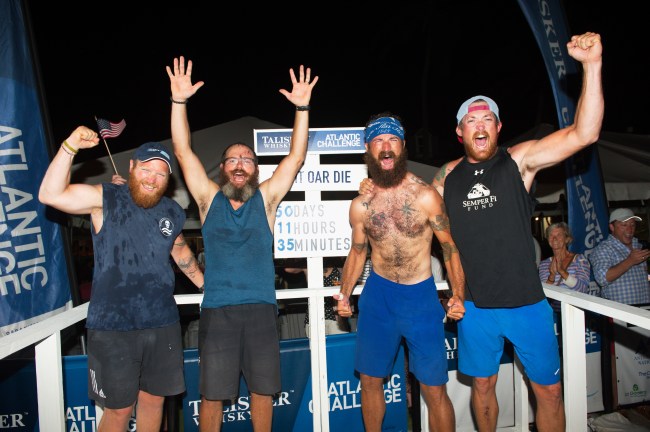 If you’re curious, the fastest team to ever complete the challenge managed to do so in 29 days but anyone who can even finish it at all gets an unreal amount of respect from me.

Fight Oar Die has already announced it will compete in the event next year and is in search of other veterans insane enough to take this kind of challenge on, so if that sounds like something you might be interested in, feel free to hit them up.