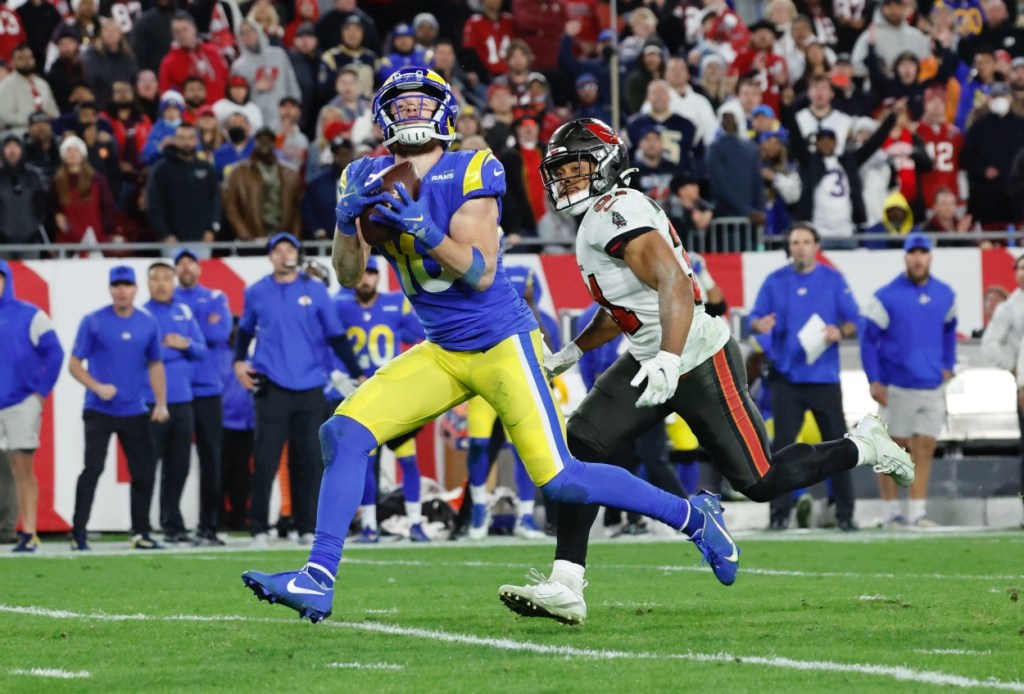 The Tampa Bay Buccaneers were eliminated from the NFL Playoffs by the Los Angeles Rams on Sunday and became the third home team of the weekend to lose. Tom Brady managed to erase a 27-3 lead and tie the game 27-27 with just 46 seconds left on the clock and it looked like the game was headed to overtime until it all came crashing down at the hands of Cooper Kupp.

Gene Deckerhoff is the Tampa Bay Buccaneers’ radio announcer. He’s also the Florida State Seminoles in-stadium announcer. Gene is a legend in Florida sports. There was a time when I used to mute my TV and listen to his radio feed because he’s that good but man, this call hurts.

After getting the ball back with 46 seconds on the clock, Stafford got sacked and then connected with Cooper Kupp for 20 yards and then 44 yards. From there, it was an easy field goal for the Rams. And here is his call of Cooper Kupp’s 44-yard pass that sealed Tampa Bay’s fate.

“What in the world are the Buccaneers doing?” https://t.co/xyaL6vvOmo

“What in the world are the Buccaneers doing?” are the words that were running through every Tampa Bay fan’s mind at that moment. Cooper Kupp is the best wide receiver in the NFL and the Buccaneers repeatedly left him wide open throughout the game. Make it make sense.

After the game, Bucs players and coaches would admit some of the defense didn’t know the play call and it was blown coverage. Tom Brady then posted a cryptic message about retirement.

I’m a born and raised Bucs fan. I was raised in years of mediocrity and tasted that sweet Super Bowl success back in 2002 before laboring through another 15 dismal years until the arrival of Tom Brady. I drank the Kool-aid and bought into the type and that all came crashing down on Sunday. It hurts.

What do you think, will Tom Brady be back next season and if so will he remain with the Tampa Bay Buccaneers? Or was that the last we’ve seen on Brady forever in the NFL?

As called on NBC Universo: pic.twitter.com/fx2GFE17lF

The Los Angeles Rams will now host the 49ers in the NFC Championship Game. Los Angeles has already hatched a plan to stop Raiders fans from flooding the stadium by voiding tickets for anyone outside of Los Angeles.