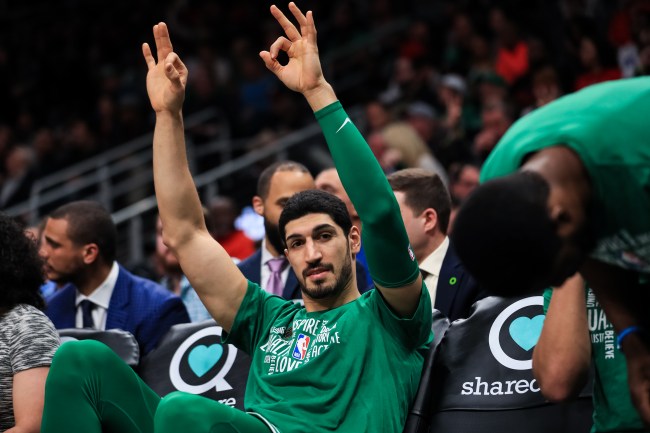 Well since football is gone, we are stuck in the doldrums of the winter, looking for things to put some action on. Luckily, Draft Kings has some massive NBA contests open for us, including one that you could win $100k for just a measly four bucks. Let’s take a look at three guys to build our lineups around tonight and take a shot at winning $100k!

James Harden Hou $12,100
It’s a pretty simple formula in NBA DFS. If Russell Westbrook is sitting, like he is tonight, play James Harden. With Westbrook and the recently traded Clint Capela off the floor, Harden averages an insane 1.9 fantasy points per minute. His usage rate is through the roof at 47%, which is a 10% increase off of what he usually is at. Simply put, barring injury or being ejected, Harden is going to be the highest scoring player on the slate. With a whole bunch of cheap options to choose from because of trades, there’s no reason not to start your lineup without Harden.

Kristaps Porzingis Dal $8800
Dallas gets to play the Wizards, who play at a fast pace, and play almost no defense. When Luka Doncic is off the court, Porzingis averages 1.45 points per minute. Since Luka went down with injury, Porzingis has been smashing value each game, with 56, 59, and 60 fantasy points in his last three games. The one caveat here is, Porzingis is listed as Questionable tonight, because he broke his nose last game. So monitor this situation, and make sure he is playing. If he’s in, he’s going to be in a ton of my lineups. If he is out, you can easily pivot over to Maxi Kleber, who is only $4400 and would be in line for a lot of minutes and usage if Porzingis is ruled out.

Enes Kanter Bos $4400
We need to find some cheap guys to pay for these studs listed above, so Kanter gives us some nice salary relief. The Celtics are going to be without Gordon Hayward and Jaylen Brown tonight, and Kemba Walker is returning, but is on a 30 minute limit. With the other Center in Daniel Theis ruled out, Kanter should see an uptick in minutes, as well as an uptick in usage. He should be in line to smash value against an Atlanta Hawks team that plays fast, and lacks on defense.

Use these three guys as building blocks in your lineups, and you should be well on your way up the leaderboard!