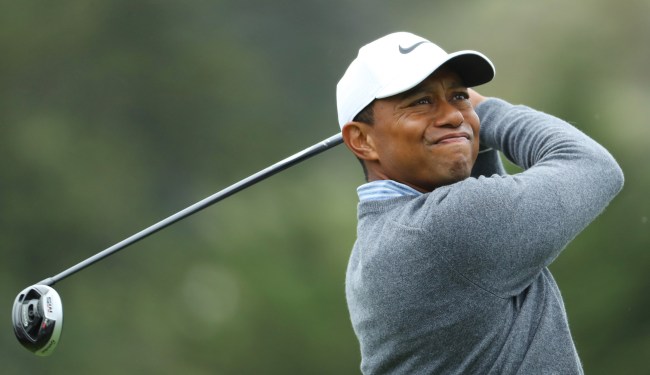 The 2020 Masters is almost here. The best players in the world will finally be teeing it up at Augusta National this year after the tournament was pushed from April to November 12-15 due to the pandemic.

The top story heading into what will be the 84th edition of the Masters is of course Tiger Woods, specifically how he may fare defending last year’s title.

Woods finished T-72 in last week’s ZOZO Championship, which will likely be the last event he plays in until Augusta. He’s played in just six events since the Tour resumed back in June with a T-37 finish at the PGA Championship in early August being his best performance.

Following what was a lackluster week at the ZOZO, all the attention turned to Augusta National. In his post-round press conference on Sunday, Woods was asked about what his strategy will look like for this year’s unique Masters. With no fans being allowed at the tournament, he explained that he’ll be missing some of his usual target lines during the week.

“On 7 you aim at one spectator and you’re going to cut it to another,” Woods said according to GOLF. “That’s what I’ve done in the past, but there’s going to be no background, no roars. Sometimes we’ve been on the putting green there before we tee off and you hear roars down there 12 and 13, they reverberate all the way up to the clubhouse, and there’s going to be nothing.

While it’s going to be an adjustment for everyone to see a Masters played without fan this year, Woods is sticking with what he knows, which is in order to get around Augusta National you’ve got to be able to work the ball from right to left. Tiger explained that he’s known that to be the case ever since he made his debut there as an amateur back in 1995.

“Each and every year same thing, hitting the ball high draws, making sure I can hit a high draw anytime I want,” he said. “That’s always been my game plan ever since I was an amateur, making sure that once I played it for the first time in ’95 that I can get that ball up and turning from right to left.”

You have to work the ball both ways at Augusta, but there is no denying that you better have the high-draw in the bag if you want a chance on the weekend.