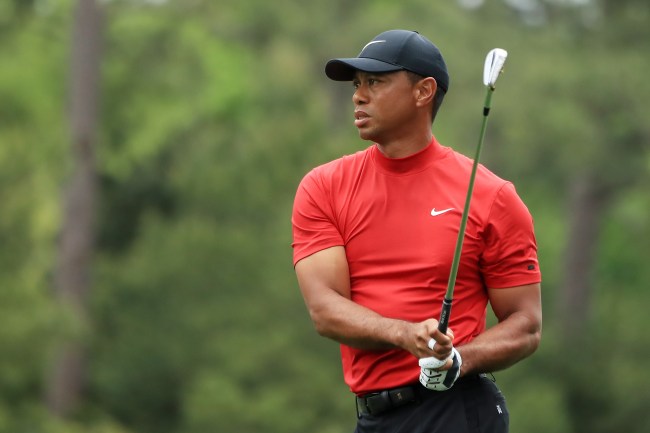 According to Fox News’ Brett Baier, Woods was reportedly running late to meet NFL QBs Drew Brees and Justin Herbert for a film shoot at a nearby golf course.

NEW: Tiger Woods was on his way to meet Drew Brees and was running late, according to @BretBaier on FOX.

Tiger Woods was headed to play golf and a photoshoot with Drew Brees and Chargers QB Justin Herbert and was running late according to Brett Baier of Fox News pic.twitter.com/S2NjGd8QHX

Minutes before the accident, Woods reportedly nearly hit a car that belonged to the director of the TV show “Grown-ish” while speeding off from his hotel.

Oliver Konteh, a member of the crew working on the TV show “Grown-ish” recounted to us on video what the director said about Tiger nearly hitting his car just before 7 AM.
1:47 PM PT — TMZ has learned … Tiger was staying at a hotel where a major network television show was being shot. Production sources tell TMZ, when the director arrived just before 7 AM, Tiger was driving his SUV very fast as he was leaving the property and almost hit the director’s car. The director was shaken enough to tell production staff about it after he parked. A crew member who saw Tiger as he got in his SUV at the hotel tells TMZ, once Tiger got in his vehicle, there was a delay in driving off — we’re told his SUV was block by another car that was loading luggage — and he appeared “agitated and impatient.” The crew member says once the delay was over, Tiger “took off fast.”

L.A. County Sheriff Alex Villanueva told reporters that there “no evidence of impairment” at the time of the accident but that Woods was speeding down a road that is known to give drivers trouble.

Woods did not sustain life-threatening injuries but did suffer”multiple leg injuries” and was in surgery following the accident, according to Woods’ agent Mark Steinberg.

"Tiger Woods was in a single-car accident this morning in California where he suffered multiple leg injuries. He is currently in surgery and we thank you for your privacy and support."https://t.co/z7kdbXOmLZ